Ready your mats. It’s time to go on a picnic!

In Japan, cherry blossom season starts in mid-March and ends in early May. During this time, friends and family celebrate Hanami and admire the beauty of the blossoming sakura trees. Picnics and outdoor parties are some of the most popular Hanami activities. And like many springtime festivities, good food is a must!

I’ve curated a list of popular picnic food ideas that are best enjoyed during Hanami or any time of the spring season! Plus, I’ve got a bonus Japanese Prawn Taco recipe at the end of this post that’s fit for the occasion! 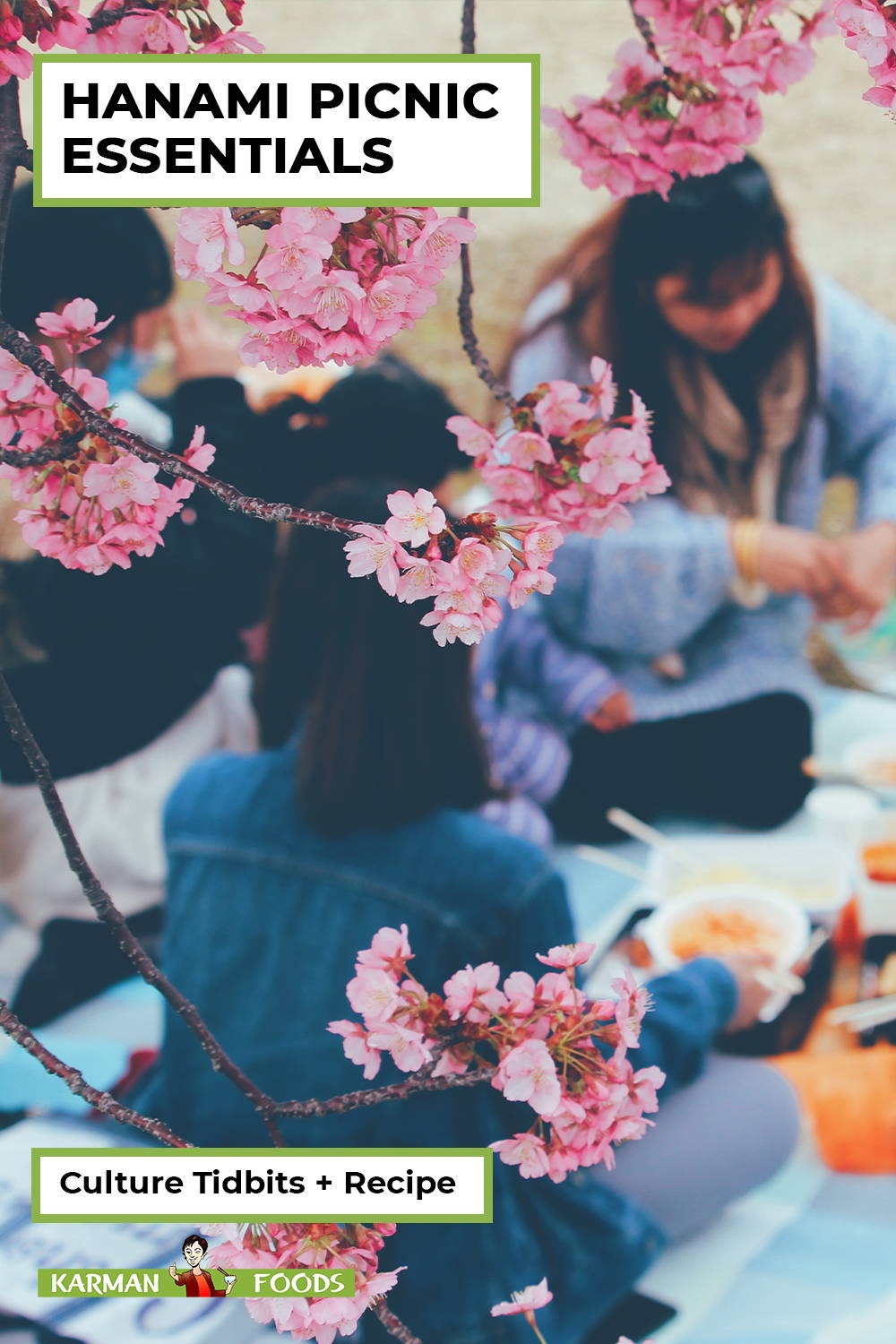 Hanami translates to “flower viewing” in Japanese. This Japanese traditional custom dates back to the Nara period over a thousand years ago when aristocrats would enjoy the sight of blooming cherry blossoms or sakura. People from the countryside are also treated to the beautiful sight of plum blossoms or ume during this time of the year.

Flower viewing parties were initially celebrated only by the elites and were meant to commemorate the beginning of spring and rice planting season. People believed that kami or gods resided in sakura trees, hence, various offerings like food and sake were made.

From the Edo period in the 1600s up to the present, Hanami turned into a lighthearted festival where everyone can join in on the activities, particularly setting up picnics, drinking sake, and wholesome nighttime revelries.

Before you plan your Hanami-viewing trips, make sure you’re going to the right place at the right time, because sakura blooms across Japan on different dates. This fleeting beauty is depicted in the Japanese concept of mono no aware, meaning "nothing lasts forever."

When Is Cherry Blossom Season In Japan 2022

Hanami only happens for a few weeks in a year, so make it memorable! Here are food items that will make your Hanami picnic more special: 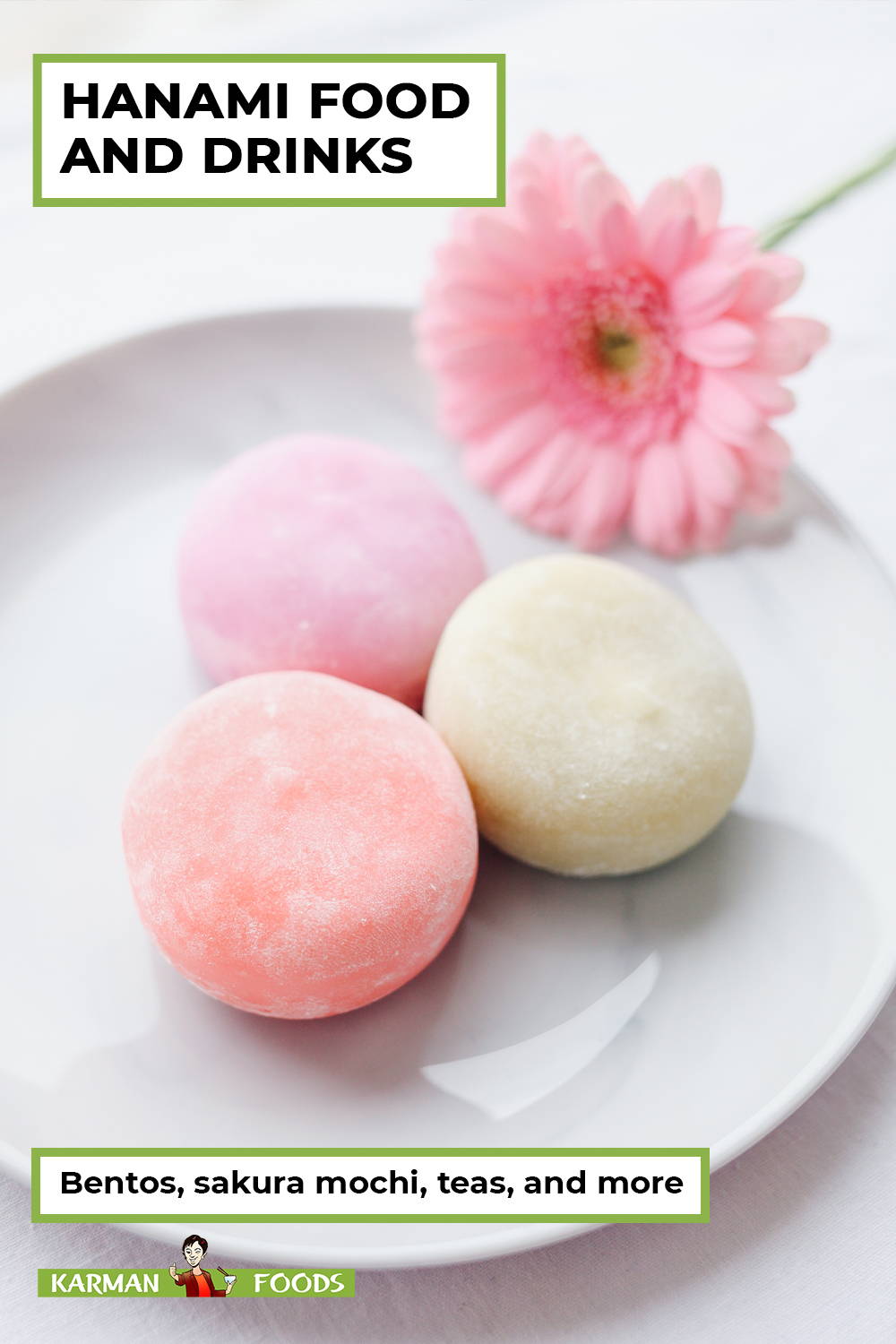 No Hanami picnic is complete without a specially-made bento box. Since Hanami is all about welcoming spring after a long and cold winter, the traditional Hanami Bento Box contains food with the colors pink, red, and orange in them– the colors of a blooming new season. Alongside rice, salmon, Sakurada or pink sea bream, and simmered kabocha pumpkins and carrots are some of the items you can find in a typical Hanami Bento.

Completing the bento is sakura mochi, a chewy dessert made from pink-colored sticky rice filled with Anko, or red bean paste, and wrapped in cherry blossom leaves.

Hanami season or not, onigiri rice balls are a must-have for any kind of picnic. You can make it at home using cooked rice, furikake rice seasoning, nori seaweed wraps, and your preferred filling. You can go for a classic tuna mayo, salmon, pickled plums, and dried fish. Ready-made onigiri in various flavors is also sold in most Japanese convenience stores.

Hanami season is also a time where you can enjoy sakura onigiri that’s made from salted cherry blossoms. It adds a unique and delicate floral taste to your rice, best enjoyed with the view of falling blossoms.

You can never go wrong with fried food! Fried and grilled dishes are easy to pick up using chopsticks or your hands, making these a practical Hanami food option. Popular fried hanami foods are karaage fried chicken and crispy Ebi-fry. You can get both these dishes at your nearest Asian mart or you can make it at home with a few key ingredients, namely panko breading, togarashi, and more.

Since Hanami only happens for a few weeks every year, make it extra special with my Japanese Prawn Tacos recipe! I added a twist to the classic Ebi-fry by wrapping it in soft tacos filled with Japanese-style coleslaw. It’s simple to make and is sure to leave a lasting impression during your Hanami picnic. Keep reading to view the full recipe!

Hanami food usually comes in small, bite-sized pieces so it’s easier to pack and share among friends. However, miso soup is a great exception. The weather may still be cool during the early weeks of spring, so bringing hot miso in an easy-to-carry thermos is always a good idea. With instant miso soups available in the market, you can prep your food, head out early, and choose a good spot under the shade of the blossoms before a huge crowd of sakura viewers arrives.

Now that the picnic food is set, don’t forget to bring refreshments. In Japan, beer and sake are the drink of choice for this occasion but non-alcoholic drinks are more than welcome, especially if you’re having a picnic with kids!

Vending machines can be spotted left and right, so it’s easy to get your fix of cooling drinks like Vitasoy Crysanthemum Tea, soft drinks, and even canned bubble tea! Sakura-flavored drinks are also a must-have to match the mood and ambiance of the season.

Hanami season coincides with the Spring season in the West. While some of us may not be seeing cherry blossoms, the change in season is a good excuse to plan a picnic with friends and family. More than the view, it's good company and good food that makes any experience special.

For all your Asian grocery needs for spring, shop at Karman Foods! 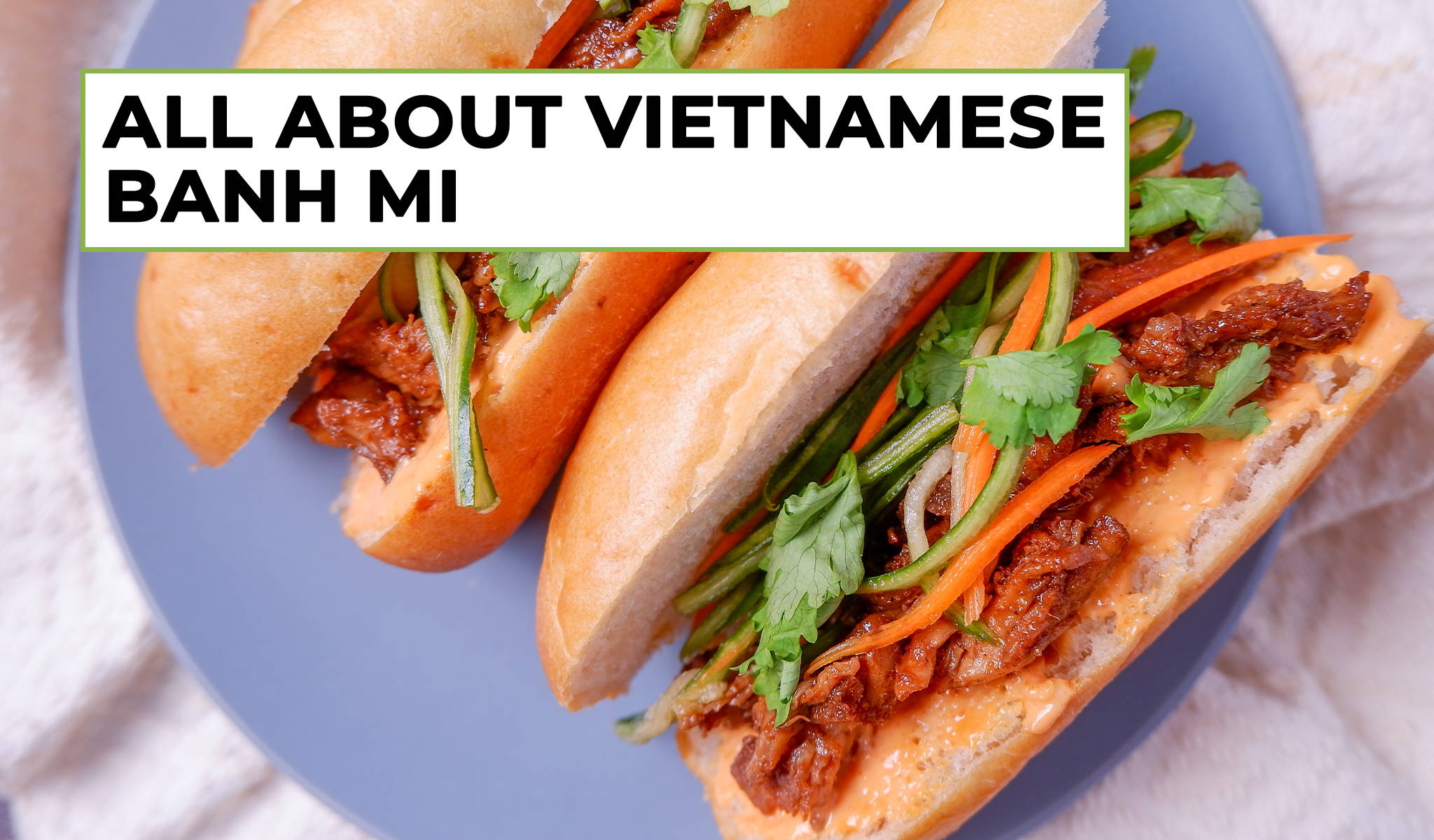 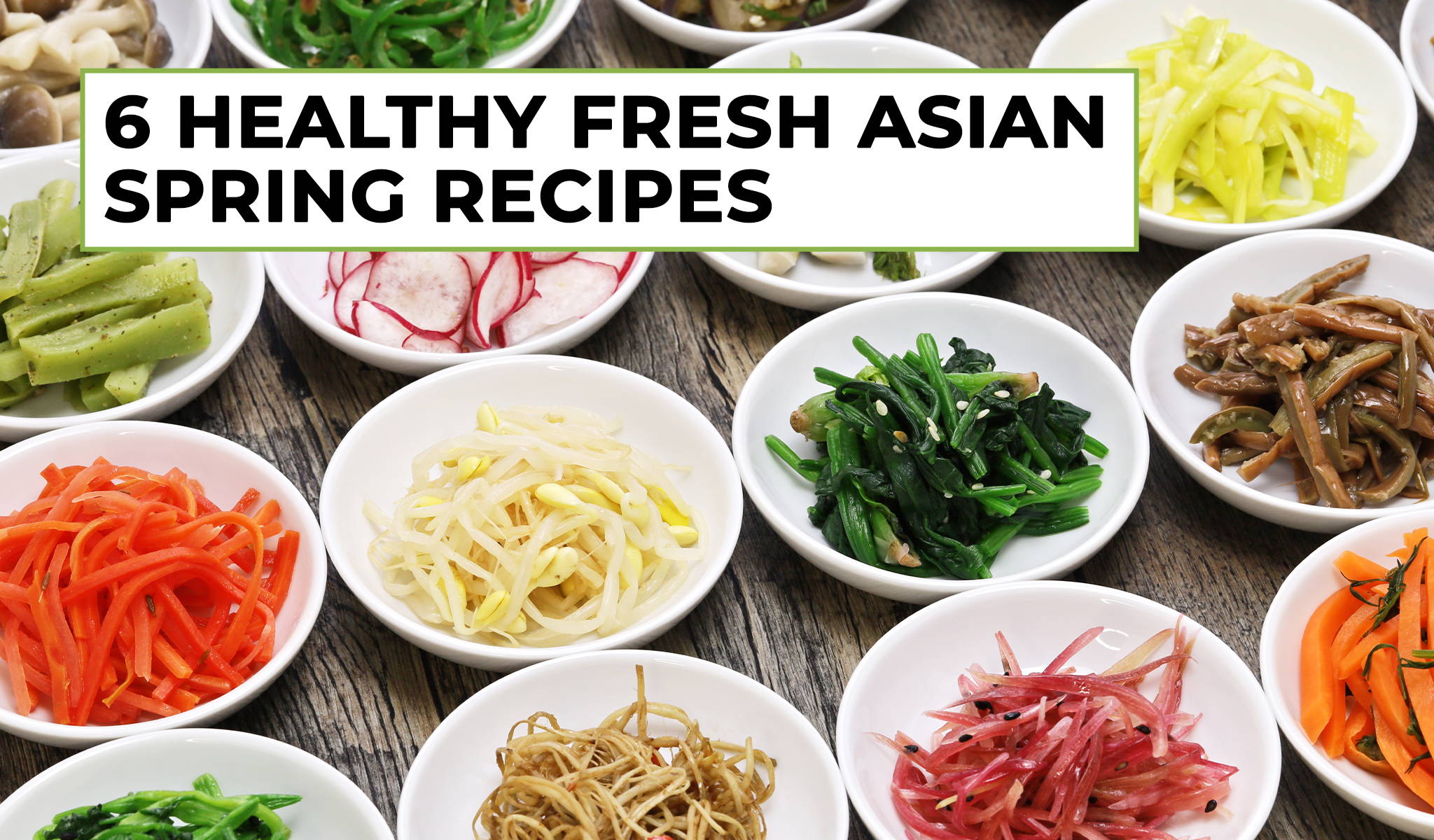 Make the most out of the spring season with easy healthy Spring Recipes from Asia! READ MORE

These Japanese Shrimp Tacos is a delicious addition to your picnic menu! It's made with togarashi-seasoned shrimp that's coated with a crispy layer of panko breading, then wrapped in a soft tortilla filled with chilled Japanese-style slaw. The lime and togarashi add a refreshing zest to the shrimp while the cabbage offers a satisfying texture to the whole dish. It's easy to make, fun to eat, and perfect for sharing! 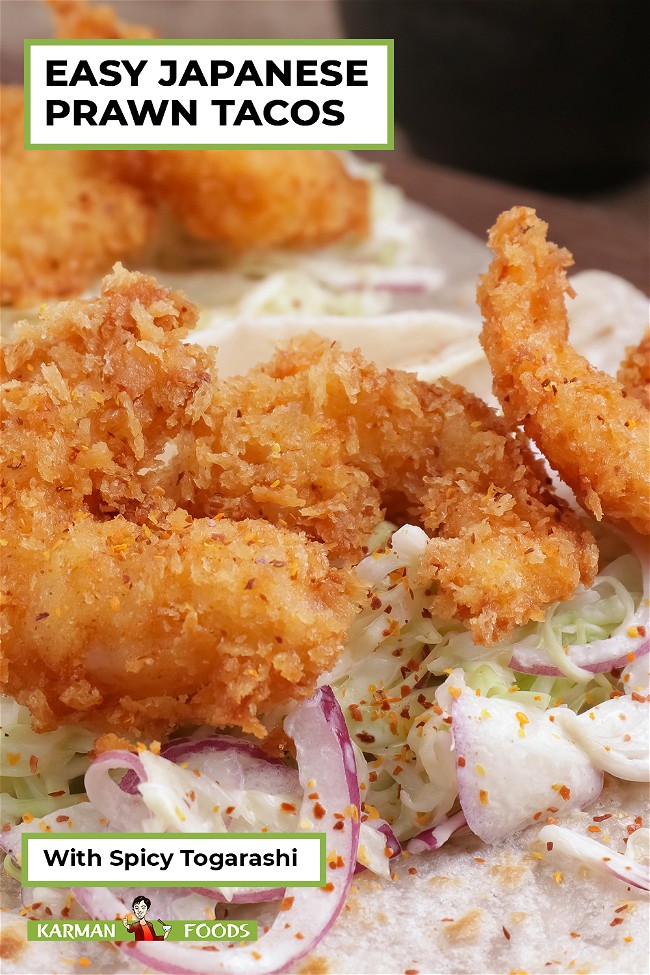