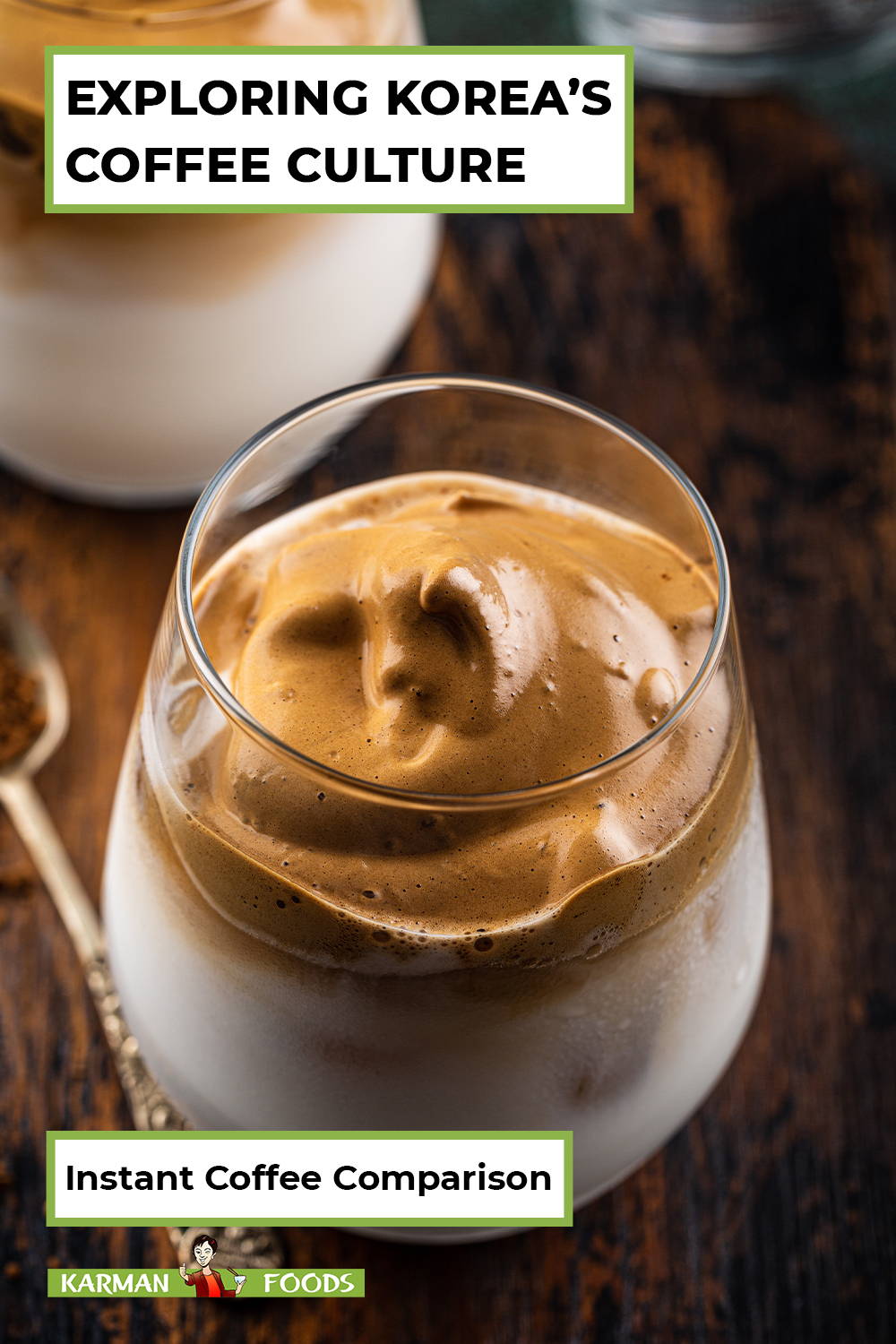 South Korea is home to plenty of things: great entertainment, colorful culture, scrumptious food, and delicious coffee of all kinds. Let’s dive into Korean Coffee Culture and compare the two of the best Korean instant coffee brands that are contributing to its rapid growth.

Behind The Korean Coffee Aesthetic

Let’s start with a fact: you can find over 17,000 coffee shops in the city of Seoul alone. Plus, South Korea’s capital also has the most number of Starbucks branches in any city in the world! Needless to say, Koreans take coffee very seriously.

The Korean Coffee Aesthetic is more than just having a Pinterest-worthy interior or having desserts and frothed Korean iced coffee that’s meticulously styled for the gram. Walk down the streets of Seoul and you’ll find themed coffee shops one after another.

However, this wasn't always the case. Before the war, coffee shops served mostly as meeting places called "dabang" where the upper class come together to discuss politics and socialize. Coffee was expensive then but after the Korean War, instant coffee was introduced to the Korean market, making coffee more accessible to people from differing social status.

By the 1960s, dabangs were now gaining popularity as a dating place among the middle class. As competition grew in the 80s, dabangs had to create unique menus and expand their coffee and beverage selection just to stand out.

With the arrival of Starbucks in the late 90s, Korean Coffee Culture experienced a major shift. The younger market was now more interested in an expanded line of coffee selections, unique interiors, and a cozy ambiance where they can either socialize or simply work or study on their own. Hence, the birth of several themed cafes that will tickle your fancy and indulge your senses!

There are Hello Kitty cafés and actual cat cafes. There are manga-themed cafes where you can pull up a comic and flip through its pages over a cup of coffee. There are also pottery and crafts café where the spaces double as studios where you can learn art over confectionaries.

There are cafes serving only matcha-flavored drinks, mint-chocolate desserts and beverages, nature-themed interiors, coffee desserts served in mini toilets, and so much more.

As much as there are plenty of places that will excite you, there’s nothing more convenient and satisfying than enjoying an instant brew the very first thing in the morning.

No need to head out, no need to spend more than you need, and no socializing involved. It’s just you, your cup, and a clear mind. 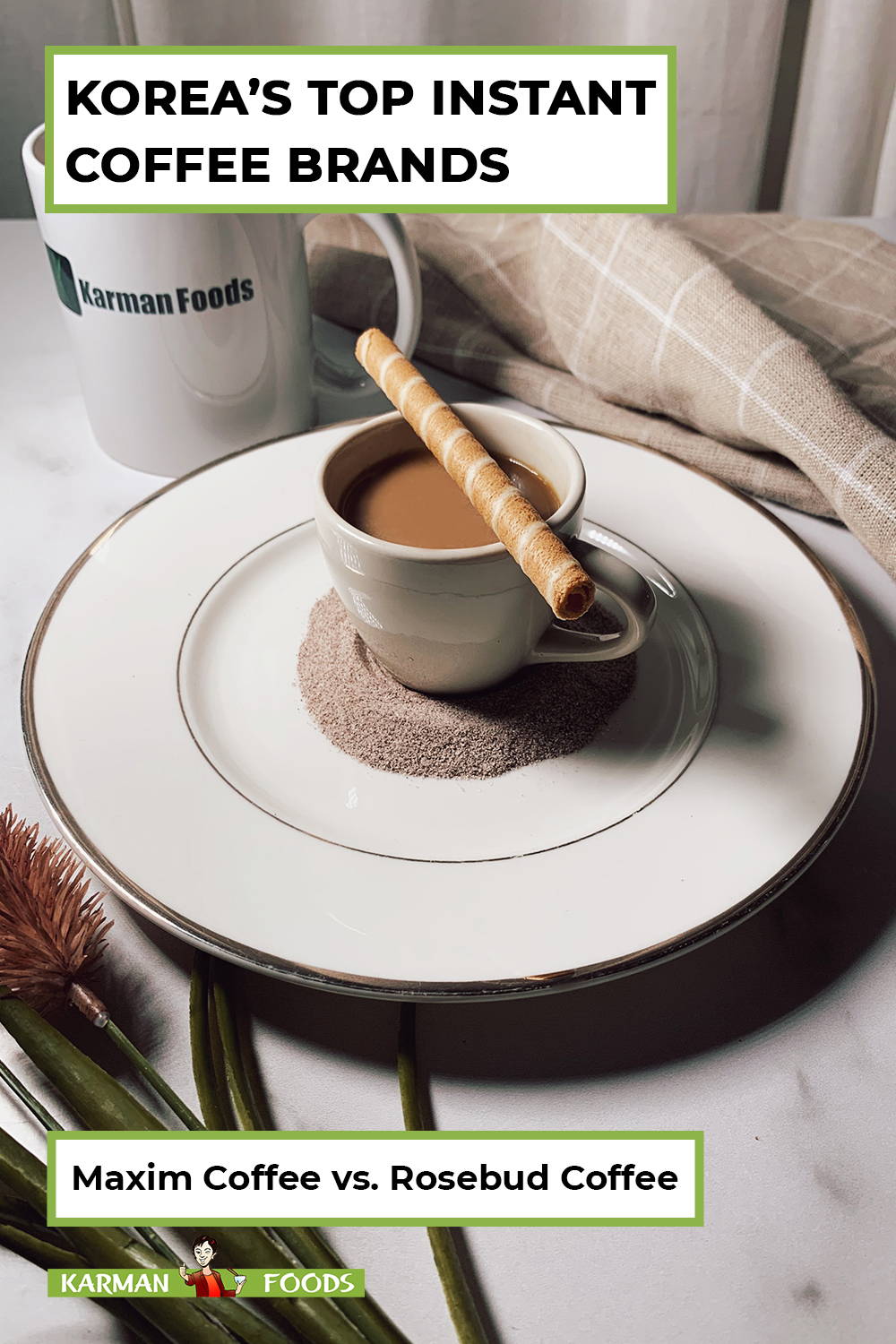 By the end of 1990, Korea was the largest consumer of instant coffee in the world. In 2003, 90% of Korea's coffee consumption is attributed to instant coffee! We totally understand: instant coffee is cheap, easy-to-carry, and lasts a very long time.

But the difference with instant products in Korea is that they actually taste good. That’s because local consumers expect superior taste from their ready-to-drink products.

Instant coffee manufacturers improved on their freeze-drying methods to preserve the flavors of beans. Even Korean convenience stores combine quality with convenience by including grab-and-go coffees made from actual single-origin coffee beans in their aisles, appealing to the high standards and dynamic lifestyle of Koreans. Top Korean instant coffee brands like Maxim Coffee, Rosebud Coffee, Jardin, French Cafe, and more are taking over the coffee aisles. You can even find instant drip coffee and coffee tea bags as part of instant food selections in local groceries.

However, one simple yet ingenious feature we can’t help but love is the one where they’ve managed to reinvent the purpose of small instant coffee stick sachet: the sugar control feature.

This gives you more flexibility over your drink while maintaining the convenience of the whole instant coffee prep.

As a coffee-drinking nation, there are several Korean coffee brands in your local Asian supermarket and online Korean groceries. To narrow down the list, we’ve picked out two of the best instant coffee brands and give you a lowdown on why you should get them. 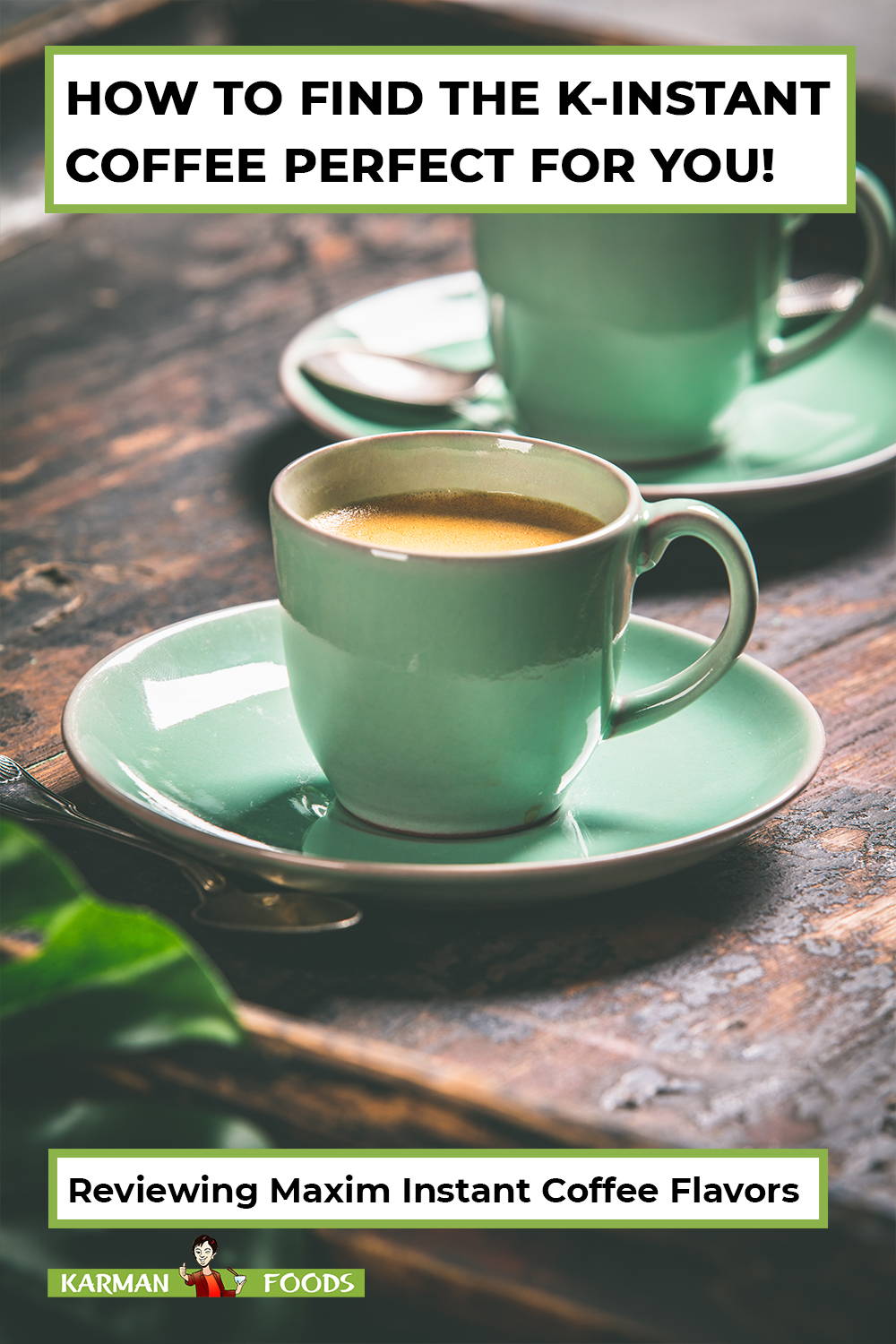 Maxim Coffee is arguably the best instant coffee brand in Korea. Already a household name, much of its popularity can be attributed to Dongsun Foods introducing the Maxim brand as early as 1976. Since then, they’ve grown to know their coffee-loving market well enough to produce various flavors that are universally loved.

WHY SHOULD YOU BUY THIS: Its longstanding history alone gives Maxim an advantage over its Korean instant coffee competitors. They’ve been in the coffee business for 45 years and counting, long enough for them to understand the taste preference of their market and win the hearts of both coffee and non-coffee drinking locals.

Plus, it doesn’t matter whether you’re a coffee lover or not. There wide variety of Maxim Coffee flavors ensures that there’s always a cup of Maxim Coffee that fits your taste! 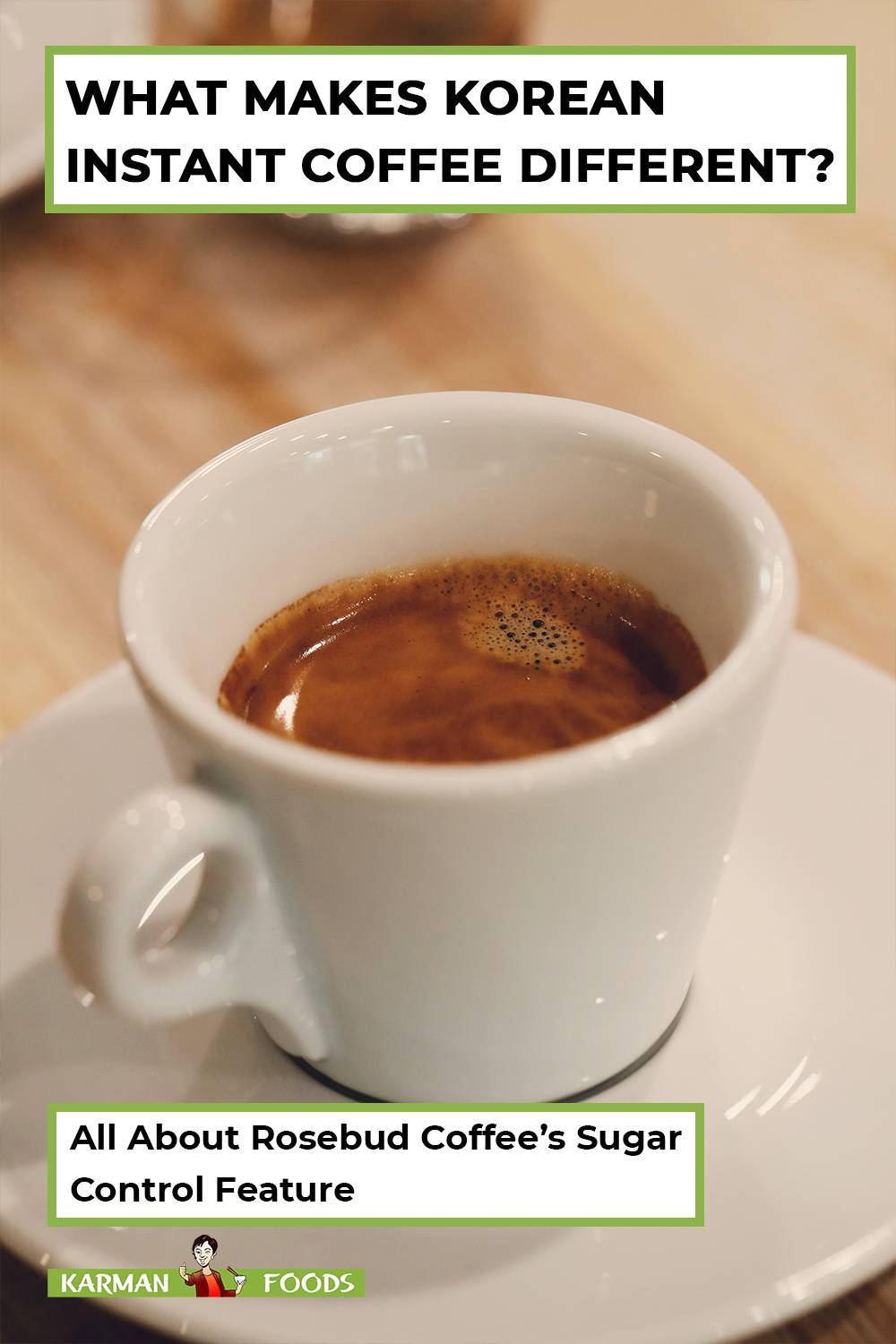 In 1989, the Daesang Corporation took advantage of the rapid growth of the Korean coffee market by launching Rosebud Coffee and opening its own chain of coffee shops.

Its two best-selling coffee flavors are the Rosebud Original Coffee Mix and Rosebud Mocha Coffee Mix. Just like Maxim Coffee, their coffee packets have a sugar control feature which allows you to sweeten your coffee just the way you like it by pinching the bottom end of the sachet.

We did a complete Rosebud Coffee comparison video where we ran down its nutritional values, prep methods, and taste just for you!

WHY SHOULD YOU BUY THIS: The Daesang Corporation is also the producers of the famous Korean food brand Chung Jung One. You can count on them to use premium-quality ingredients across all their products, including their instant coffee brand.

Rosebud might not be as commonly found in your local Asian grocery market compared to Maxim. Luckily, we’ve curated packages of it in our galleries, so you can try something new and expand your appreciation for Korean coffee!

When it comes to Korean instant coffee, everyone’s a winner! Both brands offer flavors that are appealing to coffee and non-coffee lovers alike, which now makes it difficult for you to say no to a quick perking up.

Plus, the novelty and convenience of controlling the sweetness of your coffee with just a pinch is one that you can experience with both brands.

Have these at home, carry these to work, and bring this to your camping trips. Wherever you go and whatever time of the day, you can count on Maxim and Rosebud to keep you company.

Korean coffee culture isn’t meant to be experienced in Seoul alone. Thanks to several Korean instant coffee brands, you too can enjoy the Seoul café experience from your homes!

You can check out the best Korean coffee brands and other must-try Asian beverages only here at Karman Foods! 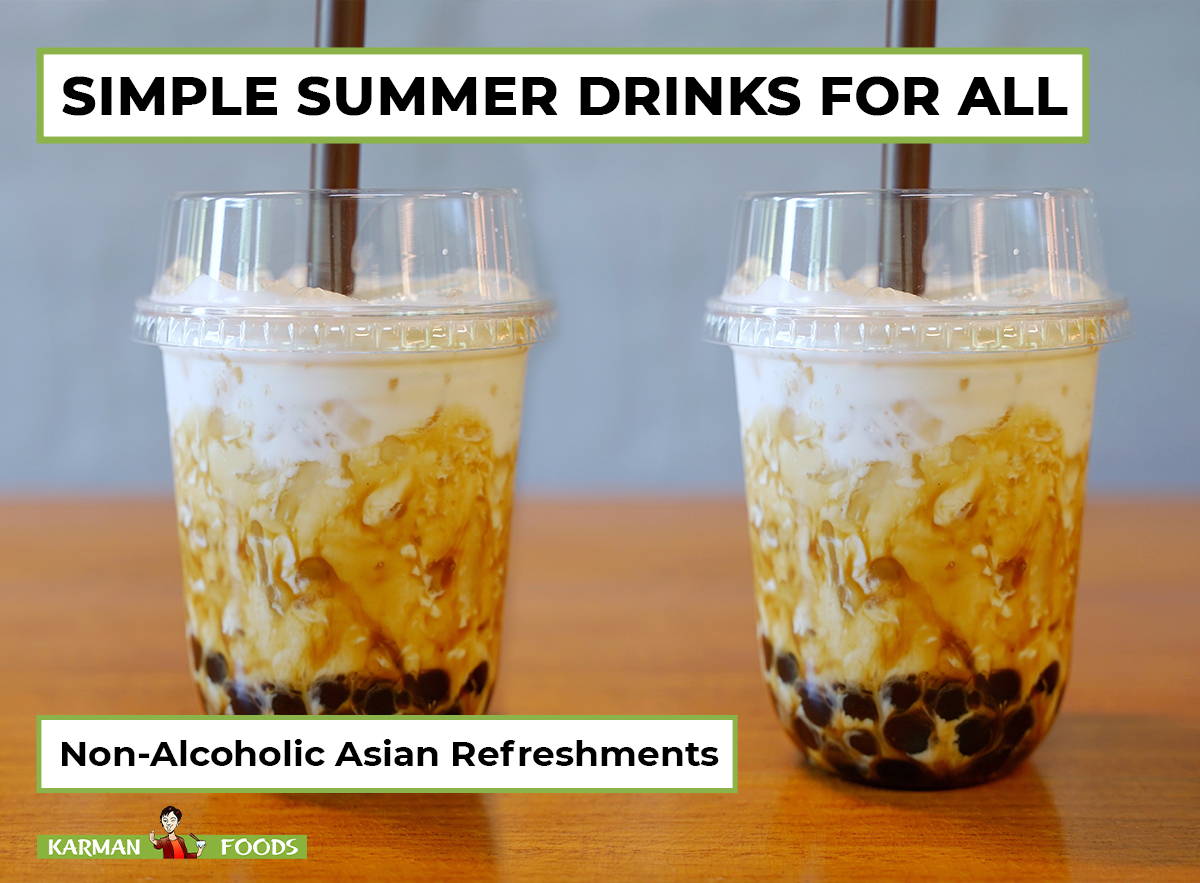 Who says summer has to end? See our curated list of easy and non-alcoholic summer drinks from Asia. READ MORE 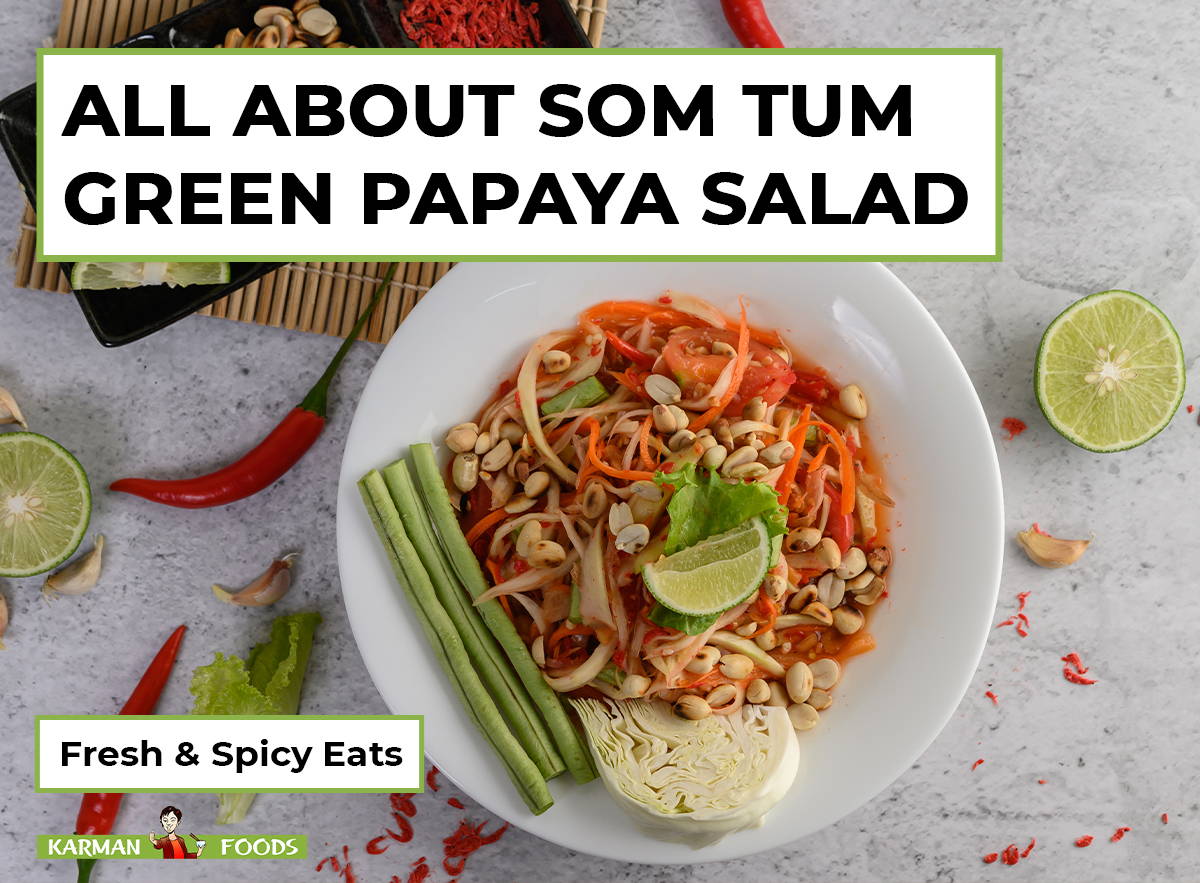 Once you try Green Papaya Salad, there's no going back. It's got a burst of spice and everything nice! READ MORE