Happy Chuseok: Food and Gifts for a Happy Korean Thanksgiving

Chuseok is here and Koreans from all over the world are heading home to celebrate a bountiful harvest with their loved ones. The main event of the holiday: the delicious feast and gift-giving!

In this blog, I’m sharing what you need to know about Chuseok traditions and how to prepare for Chuseok celebrations, including ingredients you need for a feast, practical gifts you can give, and more culture tidbits.

What is Chuseok in South Korea?

Chuseok, Hangawi, or Korean Thanksgiving Day is a three-day holiday in South Korea that celebrates the mid-autumn harvest.

If you’re wondering what happens on Chuseok, droves of people return to their hometowns to pay respect to their parents and thank ancestors for a bountiful harvest. An ancestral ceremony called charye is also held, which entails filling a table with harvested rice and fruit to give thanks to ancestors for an abundant harvest.

Since this holiday serves as a reunion for friends and families who live in different cities, people make time to catch up over delicious comfort food.

Since Chuseok is a family affair, homecooked Korean meals are the star of the show. After all, a delicious meal made by mom is the first thing you want to eat after arriving from the city!

Here are popular Korean dishes that are quintessential for Hangawi: 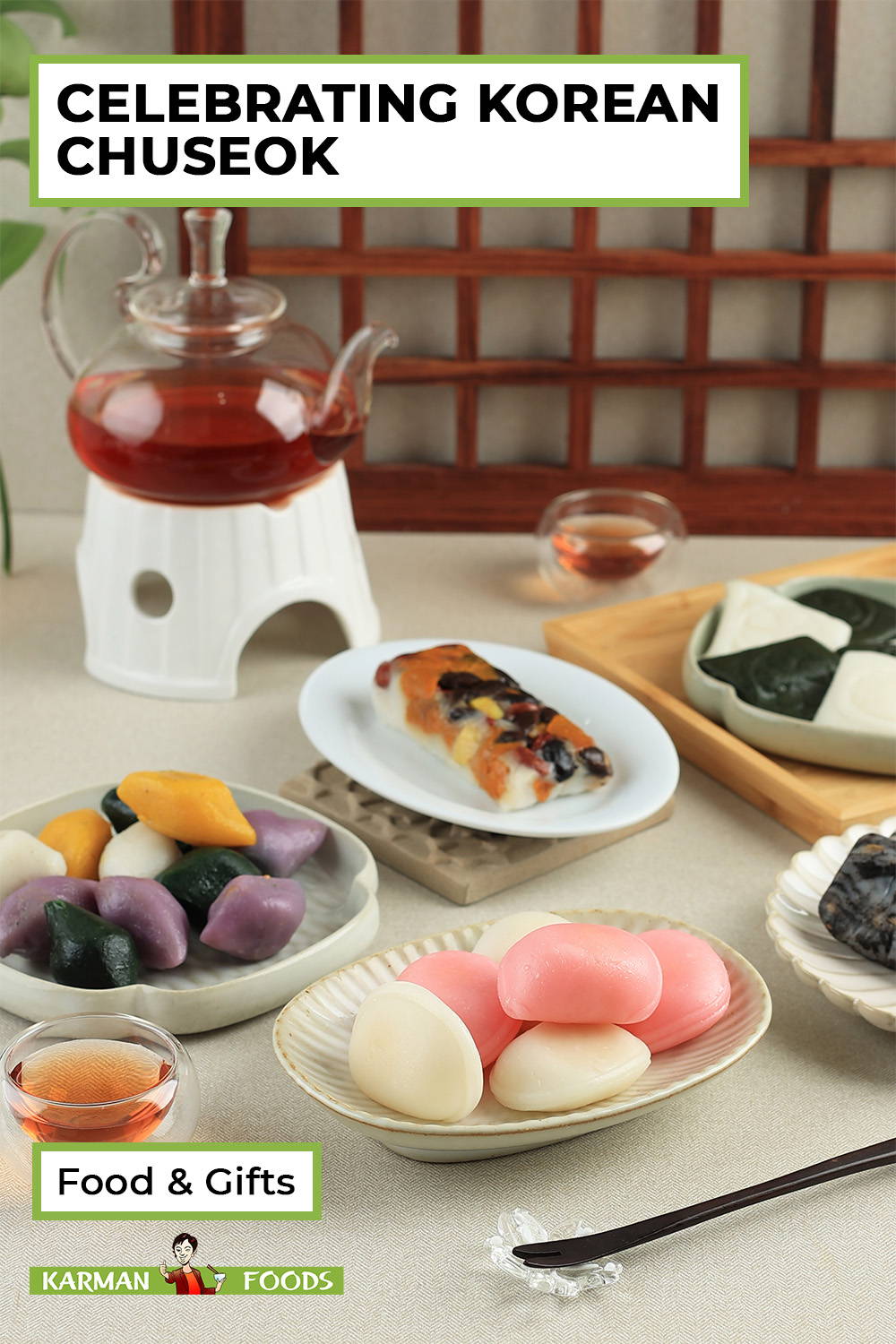 The difference between songpyeon and mochi is that instead of using glutinous rice flour, songpyeon is made from short grain rice flour.

Not only is it a pleasure to eat, it’s super fun to prepare too. Instead of buying songpyeon from the market, families make their own as a bonding activity!

Some kids would turn it into a competition of who can create the best-looking songpyeon. Even BTS did a songpyeon-making competition! It’s not as easy as it looks, but every minute and memory will be worth it! 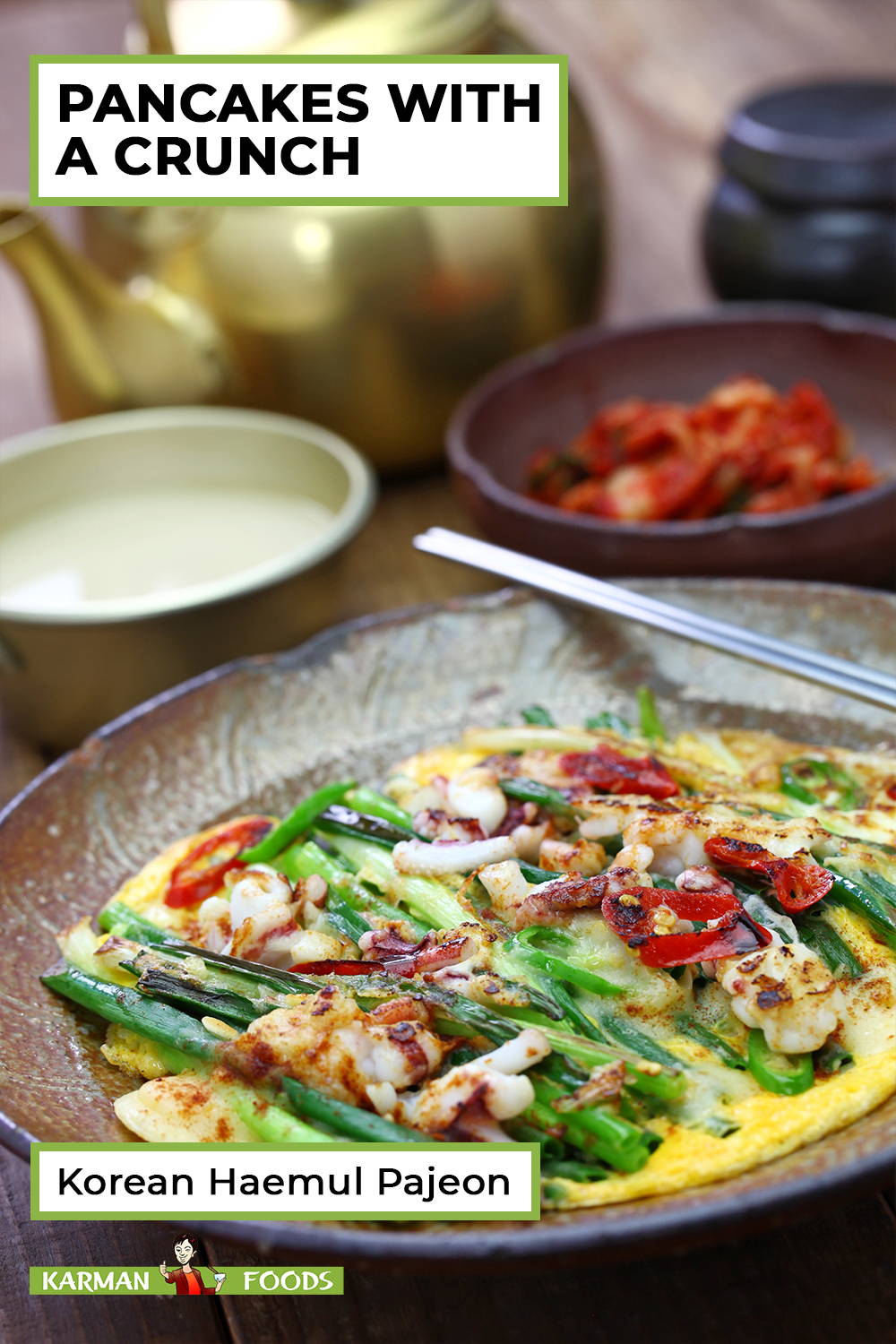 I think pajeon is one of the most popular Korean comfort foods because of three reasons: it’s fried, it has a nostalgic savory taste, and it’s super easy to make!

Haemul Pajeon is a fried Korean-style pancake made from seafood, egg, flour, cornstarch powdered spices, green onions, and sesame oil. What I like to do to get crunchy edges on my pajeon is to use a Korean pancake mix! By using this magic ingredient, I don’t have to think too hard about the flour ratios and measurements.

If you’re preparing pajeon for the holidays, don’t forget to make the dipping sauce! Mix soy sauce, vinegar, and toasted sesame seeds and you’re all set. If you want to spice it up, add gochugaru to your dipping sauce to make yangnyeomjang. 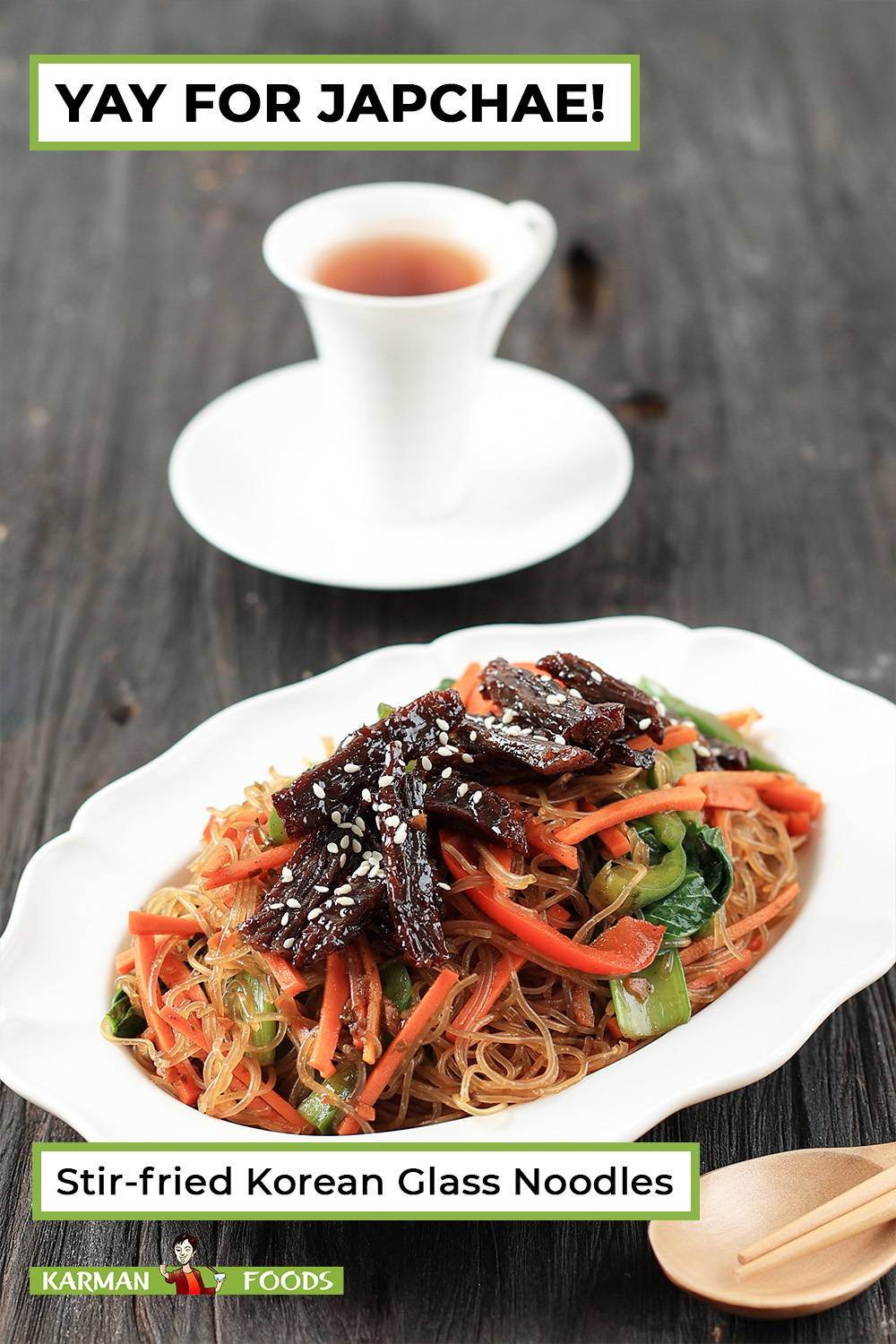 Chuseok or not, japchae will always hold a special place at a Korean dinner table. This dish is made from a colorful mix of glass noodles, carrots, spinach, onions, mushrooms, and meat that’s stir-fried in sesame oil.

I love eating japchae because the savory flavors from the stir-fry sauces and vegetables stick to the bouncy noodles. And the crunch that comes with using fresh vegetables? Incredible.

Every bite is a flavor bomb!

Kalbi or Korean Short Ribs may be a challenging Chuseok dish to make but as soon as you bite into the tender meat and have a taste of its sweet and umami-filled sauce, you’ll be itching to prepare it on a regular weekend!

My LA-style Kalbi recipe features an all-in-one bulgogi marinade that's packed with a delicious mix of smoky and fruity flavors. It's the perfect match for your juicy and tender meat that falls off the bones!

With dishes as delicious as kalbijjim, can Chuseok happen every day?

On a regular day, you may usually enjoy a complete spread of banchan or Korean side dishes. But on Chuseok, tri-colored namul is the main veggie dish.

The three banchan dishes in question are usually seasoned spinach, Korean bellflower roots, and Korean bracken, which are respectively green, brown, and white in color. While it serves to balance out the heavy dishes served throughout Chuseok, it’s also part of the Charye thanksgiving offerings for ancestors.

Gift-giving is not mandatory for Chuseok but after being apart from family, exchanging presents is always a nice gesture. Popular Chuseok gifts range from premium food items down to daily essentials. Here are some Chuseok gift ideas to inspire you: 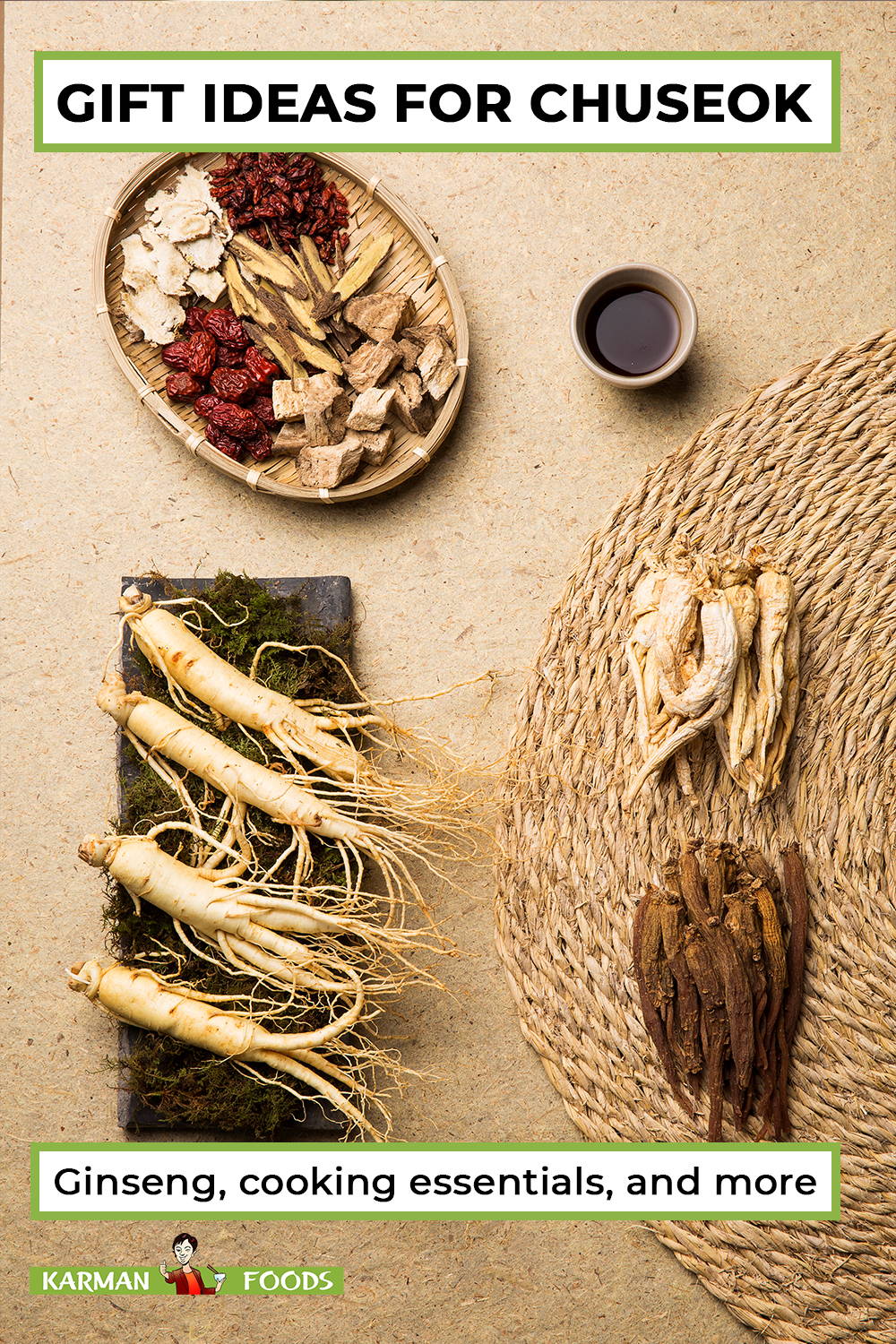 The Korean Ginseng Corp. has named red ginseng as the most popular Chuseok gift for 2021. This doesn’t come as a surprise given that the world is still recovering from a health crisis.

Red ginseng is usually taken in the form of red ginseng health supplements and tea. It is known to improve overall health, particularly to regulate moods, strengthen the immune system, and improve cognition. When coming home, it’s a thoughtful and practical gift to parents and grandparents who would love to continue enjoying their golden years.

The Korea Herald couldn’t have said it better: While Hanwoo beef is special, SPAM is essential. Since SPAM has a reputation for being a premium food item, it’s the perfect gift to bring home to your parents.

SPAM gift sets containing enough luncheon meat packs for a whole season and cooking oils are usually available in supermarkets in Korea ahead of Chuseok. Some popular dishes that use SPAM are Korean army stew, kimchi fried rice, bibimbap, musubi, and more.

In celebration of the harvest festival, fruits must be shared! In Korea, pears, apple mangoes, and grapes are the seasonal fruits during Chuseok. Korean pears are juicy, crunchy, and full-moon in shape which make it a popular gift choice. Shine muscat and purple geobong grapes are excellent choices too!

Practical gifts like shampoo, toothpastes, soaps, and other daily necessities have become popular gift items for the holidays.

Since Chuseok celebrates bounty and abundance, take it a step further and consider gifting Korean groceries! A complete set of Korean fermented pastes, seasoning sauces, coffee, and sesame oil are sure to help your loved ones’ kitchens fully stocked and bountiful. It’s always nice to receive practical gifts and have someone to help support your day-to-day needs.

Take advantage of the Chuseok 2022 holidays to celebrate with family and give thanks for the abundance of blessings the mid-year has to offer. Happy Chuseok and may you find joy in the simple joys of good food and good company!

For all your Korean grocery needs, shop at Karman Foods! 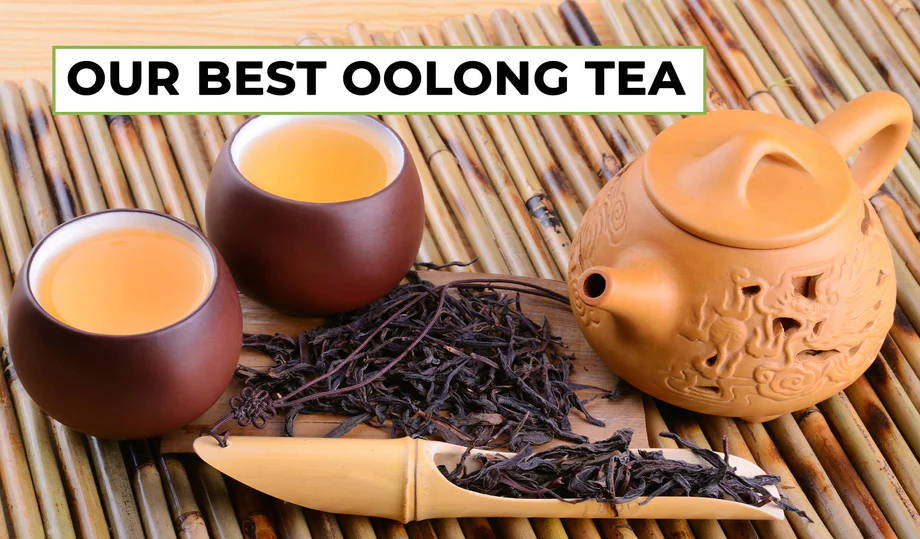 Oolong tea goes back 500 years, originating in China. Find out which Black Dragon Tea is our favorite! READ MORE 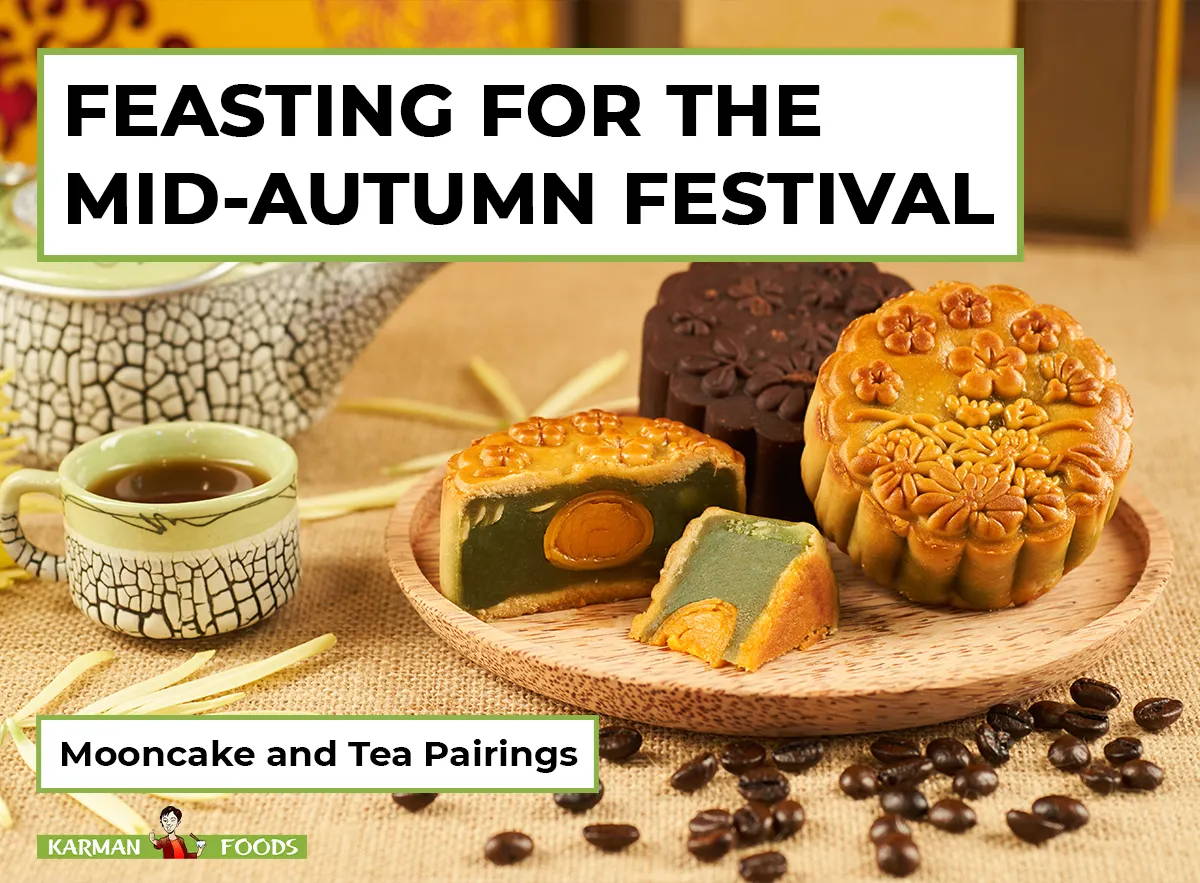 Looking for Mid-Autumn Festival mooncake and tea pairings for your family reunion? Here’s our list of recommendations. READ MORE