How To Make A Glaze for Korean Chicken in 5 Ways

You’ve seen it in Korean dramas, in Korean variety shows, in mukbangs. Not to mention, you’ve seen your favorite Korean idols indulge in them. Now, it’s time for you to try a variety of Korean Fried Chicken flavors yourself. From spicy, to sweet, and to savory, we’re sharing how to make a glaze for chicken in 5 ways for 5 minutes each. 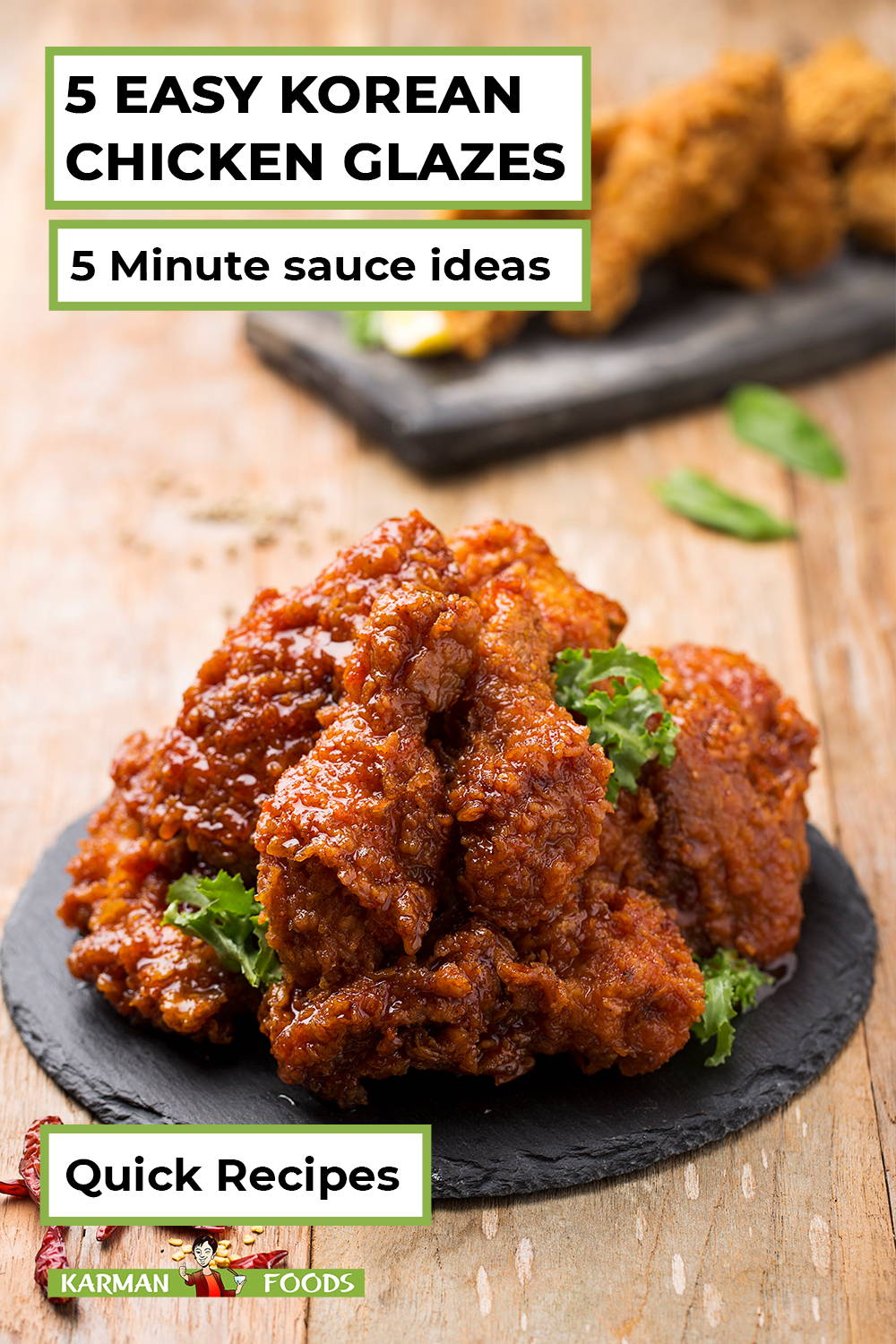 All About Korean Fried Chicken

In the Joseon Dynasty, Koreans were already enjoying pogye, an early variety of Korean fried chicken that’s seasoned with vinegar and soy sauce. Its modern day reintroduction came during the Korean War in the 1950s when American soldiers celebrated Thanksgiving with Koreans by eating fried chicken instead of turkey. In a country where chicken is usually used in stews, the taste of fried chicken was novel and simply irresistible.

Then came The Miracle of the Han River in the 70s where surrounding areas of the river saw rapid industrialization. With affordable prices of cooking oil and chicken, fried chicken took flight and found its way to more and more Korean households. In 1977, Lim’s Chicken, the first fried chicken restaurant in South Korea, opened its doors. Its popularized tongdak, which is a whole chicken that’s deep-fried in oil.

The Rise of Korean Chicken and Beer

Many more fried chicken restaurants took advantage of the boom. In 1984, KFC also joined in when they opened their first store in the country! By the late 1980’s, fried chicken has eclipsed the rotisserie chicken market, and was now considered a staple drinking food. Chimaek, a portmanteau of two Korean words that literally means “chicken [and] beer”, now ruled the Korean food scene.

During the 2002 Korea-Japan World Cup, Korean fried chicken went from staple drinking food to staple game night food. There’s no other way to put it: You simply cannot leave out fried chicken and beer from any sporting event.

According to a report from the Korea Economic Daily, there were around 87,000 fried chicken restaurants in South Korea in 2019. Almost 3 times more than the number of McDonald’s restaurants worldwide!
KOREAN FRIED CHICKEN FACT


What is Yangnyeom Chicken? 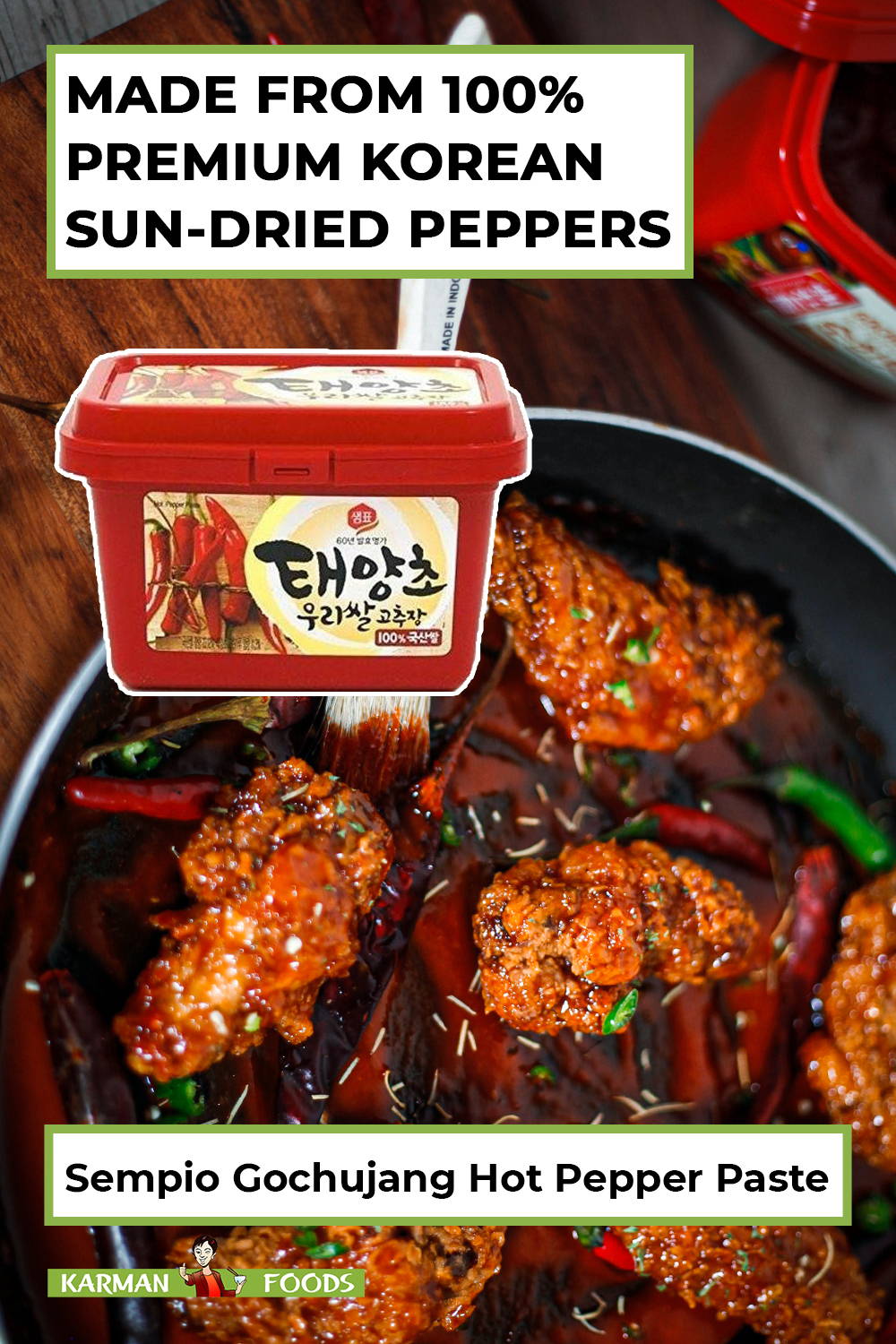 However, it was Yang Heekwon, Yoon’s employee, who commercialized yangnyeom chicken in his own restaurant.

It wouldn’t be a surprise to find Yangnyeom in your Korean restaurant’s best-sellers. If you’re dining with friends or family who have varying tolerance for spicy food, you may opt to order “ban-ban”. Banban, which literally translates to half-half, refers to fried chicken that is served half-seasoned and half-plain.

Most of the ingredients listed below should readily be available in your local Asian market or Asian groceries online. In case you have dietary restrictions or perhaps have other ingredients waiting to be used in your pantries, here are other ingredient options for your Korean Chicken Glaze recipes:

If you’re looking for a healthier and vegan alternative to soy sauce, you can use Coconut Aminos. It is a soy-free seasoning sauce that’s made from coconut sap and mineral-rich sea salt from the Philippines. It has the same savory flavors of soy sauce but with 73% less sodium.

This low glycemic sugar alternative is made from 100% coconut tree sap with only 15 calories per serving. Instead of tasting like coconut, it’s naturally sweet and caramel-like in taste. Replacing brown sugar and honey with this healthier alternative allows you to go all-in on your glazes!

There’s mirin and there’s Kikkoman Aji Mirin, which literally translates to “tastes like mirin”. If you can’t get your hands on any of the two, you can also opt for rice vinegar. Even those that are used for sushi rice prep! These ingredients are great options as they all have that hint of sweetness and a subtle tang. 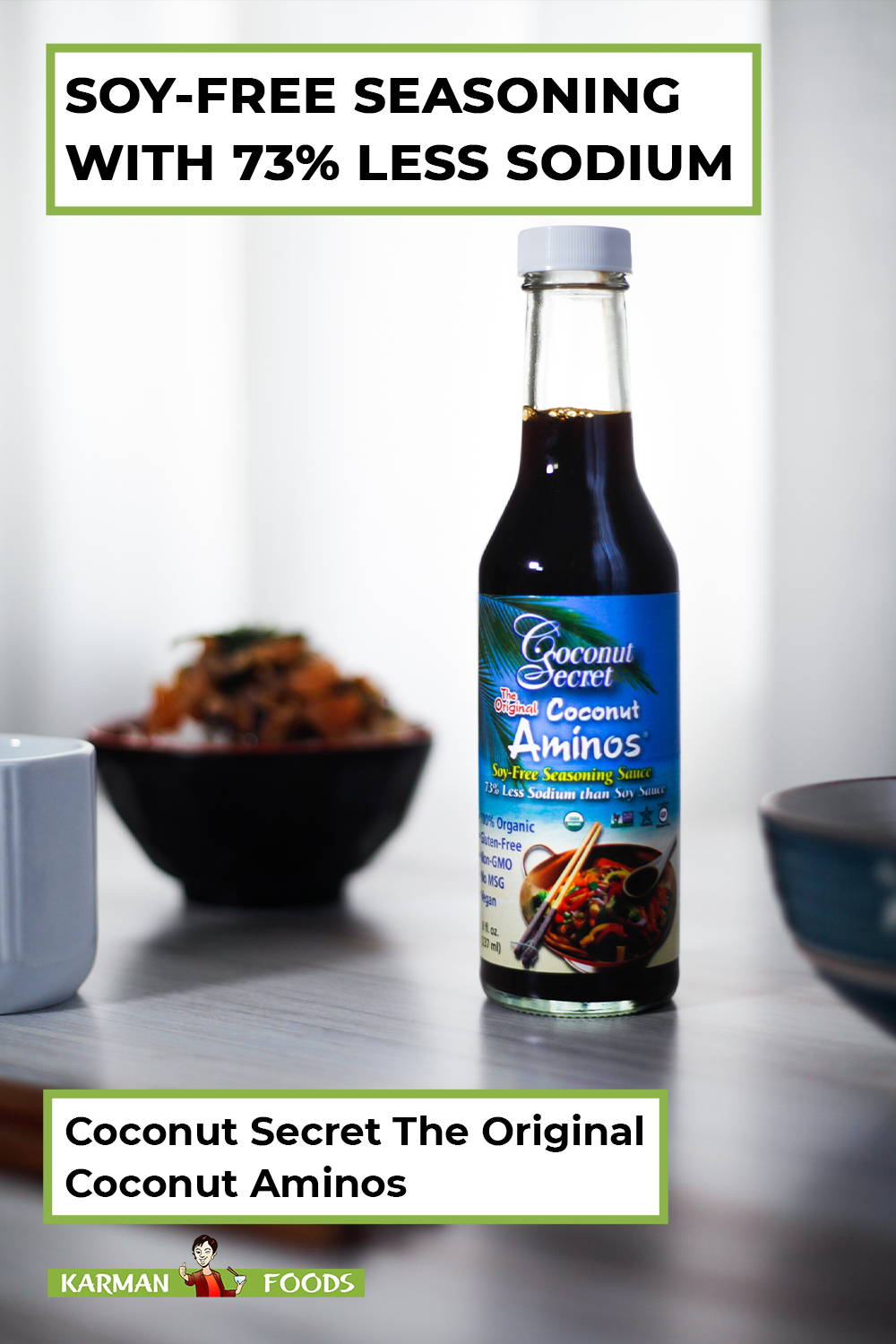 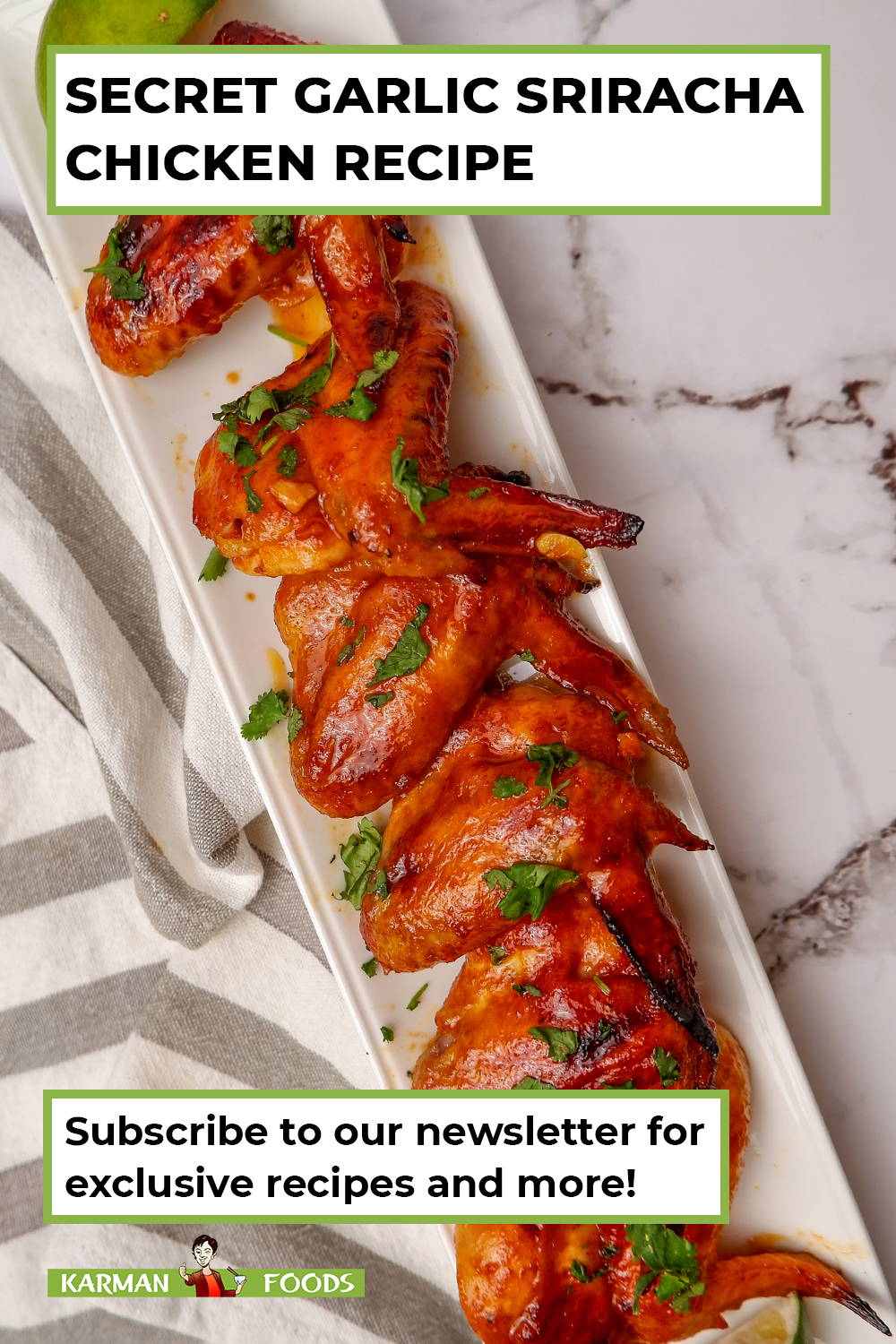 Hungry for more?
Subscribe to our newsletter for exclusive updates and a bonus Garlic Sriracha Chicken recipe!


How to Make A Glaze For Chicken, Korean-Style

With the right ingredients, making a glaze for chicken with these recipes from our favorite food blogs should not take you more than five minutes. Some of these glazes require simmering, while some may only require whisking. We’ll let you know as you read on!

For the best ingredients for Korean-style fried chicken delivered straight to your homes, shop only at Karman Foods online!

One can never get enough of Korean fried chicken, especially when you've got 5 glaze ideas to try! From the local favorite spicy yangnyeom sauce, to the palate-friendly sticky soy honey glaze, down to the savory teriyaki glaze and everything in between, here are 5 of our best picks for Korean Fried Chicken Glazes that takes only 5 minutes of prep!

How to Make Yangnyeom Sauce or Gochujang Glaze from Maangchi

How to Make Honey Mustard Glaze for Chicken from Damn Delicious

How to Make Teriyaki Glaze for Chicken from Daring Gourmet

Soy Honey Sweet Glaze for Chicken from The Spruce Eats