How to Make Korean Honeycomb Candy from Squid Game

In case you've been living under a rock, Netflix recently released a new Korean series called Squid Game. It has been making rounds in social media because of its unique storyline, superb actors, and mind-blowing plot twist. As of date, Squid Game is on its way to become Netflix's top show globally. The hype is real!

SPOILER ALERT: Before we proceed, we’ll be referencing a lot of Squid Game's plot, specifically involving a honeycomb candy challenge, so if you haven’t watched it yet, consider this your last chance to back out! 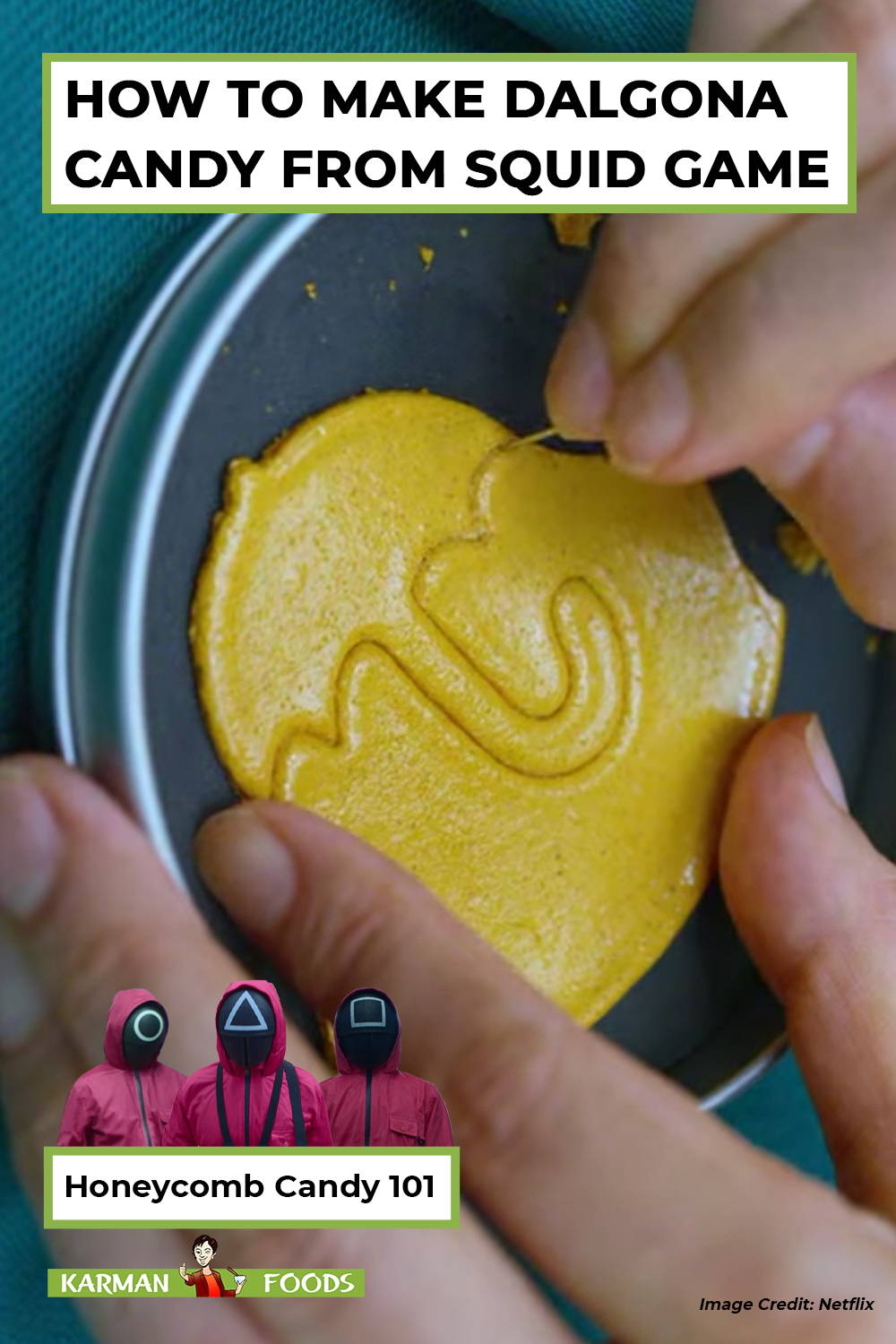 In the K-series Squid Game, a large number of people were recruited to play a series of children’s games. The person who remains wins a huge pile of money. However, much to the surprise of oblivious contestants, the greatest twist on the game mechanics is, whoever is eliminated, is killed.

Aside from the extremely graphic scenes and the level of violence portrayed, one thing that we didn’t miss was the Korean food and treats presented in the series.

One particular treat was even used in the second game! In the third episode of the series, the players were asked to choose from the shapes circle, triangle, star, and umbrella. The players were then given tin cans with hardened candy engraved with the shape they chose, and a needle beside it.

The challenge was, using only the needle, the player should be able to remove the shape without breaking it. This candy that launched a thousand memes on social media is called Dalgona Candy.

All About Dalgona Candy

Before Dalgona Coffee was ever on-trend, there was already a dessert called Dalgona Candy. It’s a sweet treat sold to children in schools and playgrounds. It usually doesn’t come in a tin can. Instead, it’s sold on a popsicle stick, similar to a lollipop.

The word Dalgona came from the word “dalguna (달구나)” which means “it’s sweet”. It is also called “ppopgi (뽑기)” which means “to pick”. If you got a bit tongue-tied with all the Korean words, you can also refer to this as the Honeycomb Candy.

These candy cookies are engraved with a shape or pattern. The challenge is, the children would have to eat around the pattern without breaking it. And judging from that scene in Squid Game, it’s not as easy as it sounds.

The candy can be hard but brittle, so one wrong move can break the pattern altogether. That’s why some just opt to just lick the candy until the pattern comes off on its own. Whoever succeeds in this challenge, is rewarded with another stick of candy or maybe a small toy or in Squid Game’s case, loads of money.

Now, who doesn’t want that, right? 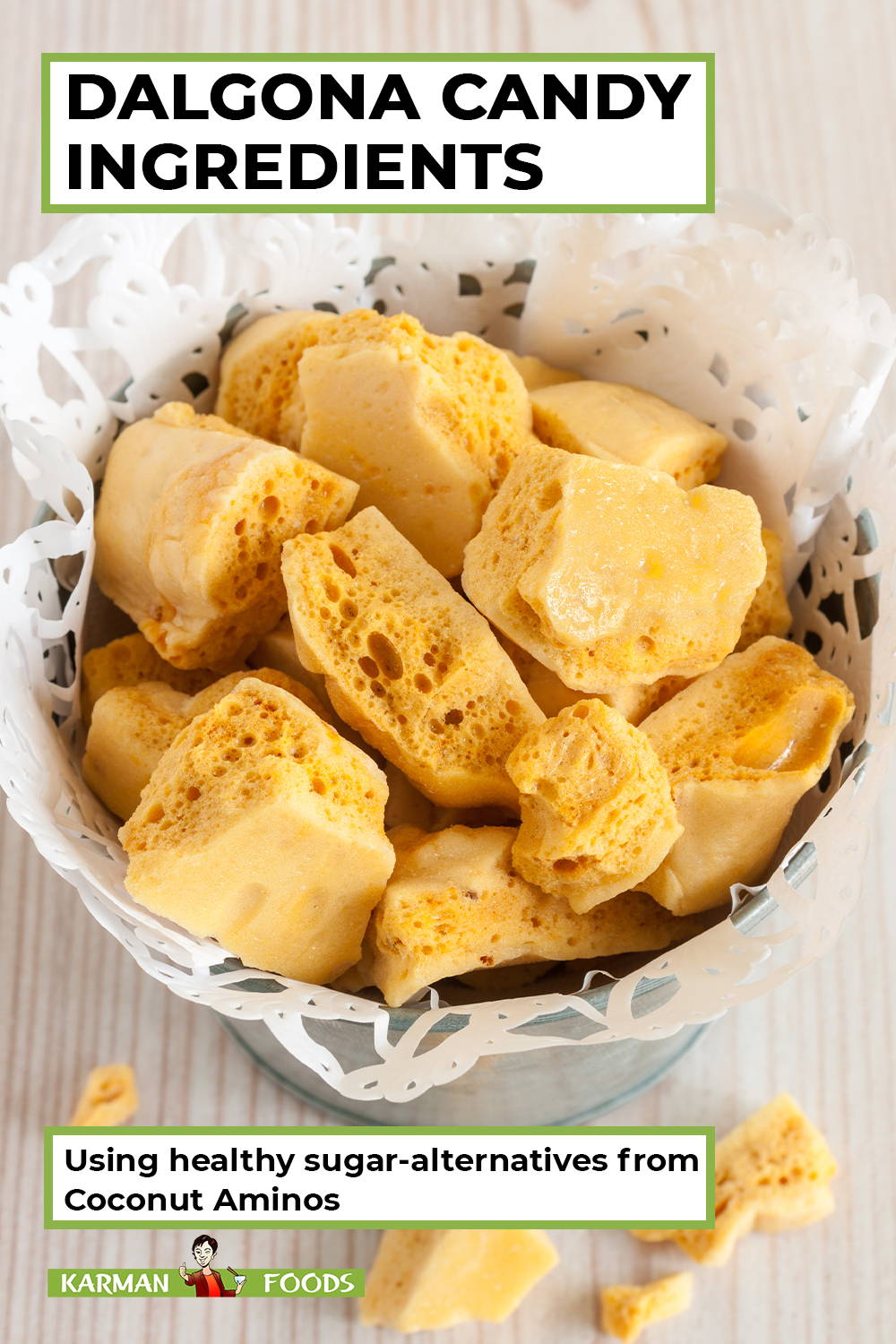 As it happens, how to make Honeycomb candy is as easy as how to eat it. You only need the following ingredients, some of which can be found at our Korean market.

Sugar
You can use any type of sugar you want or whatever is available in your area. If you want a healthier alternative to sugar, you can use Coconut Secret Coconut Crystals. This has a low glycemic sugar level made from 100% organic coconut tree sap, which is great for those who are diabetic and are on a diet, but can’t get rid of eating oriental sweets! Everyone can join in the fun!

Baking Soda
Baking soda is commonly used in the kitchen for baking or cooking, and it can also be used for personal hygiene. But in a Honeycomb candy recipe, baking soda acts as an agent to make the sugar melt faster.

When sugar is combined with baking soda, the process of caramelization is quicker, that’s why you have to constantly stir the mixture to avoid burning.

1. The Ratio of Ingredients to Make a Candy

With the ingredients mentioned, it’s important to know how much of it to use to make a good-tasting candy. The suggested ratio to use is 1.5 tablespoons of sugar to ⅙ teaspoon (or about three pinches) of baking soda to make one Dalgona Candy.

Careful not to burn the sugar or the taste will change into a bitter candy. Stir constantly, and control the heat. If it starts to smoke, raise the ladle a few inches above the heat, and lower it closer once it cools off a little. Do this process until the sugar becomes syrupy and with only a few lumps until it melts completely.

Once the baking soda is added, the mixture will immediately begin to foam and can burn quickly. Keep the ladle a few inches above the heat, and stir quickly and vigorously. Be mindful to not let it foam for long because it might burn at the bottom. 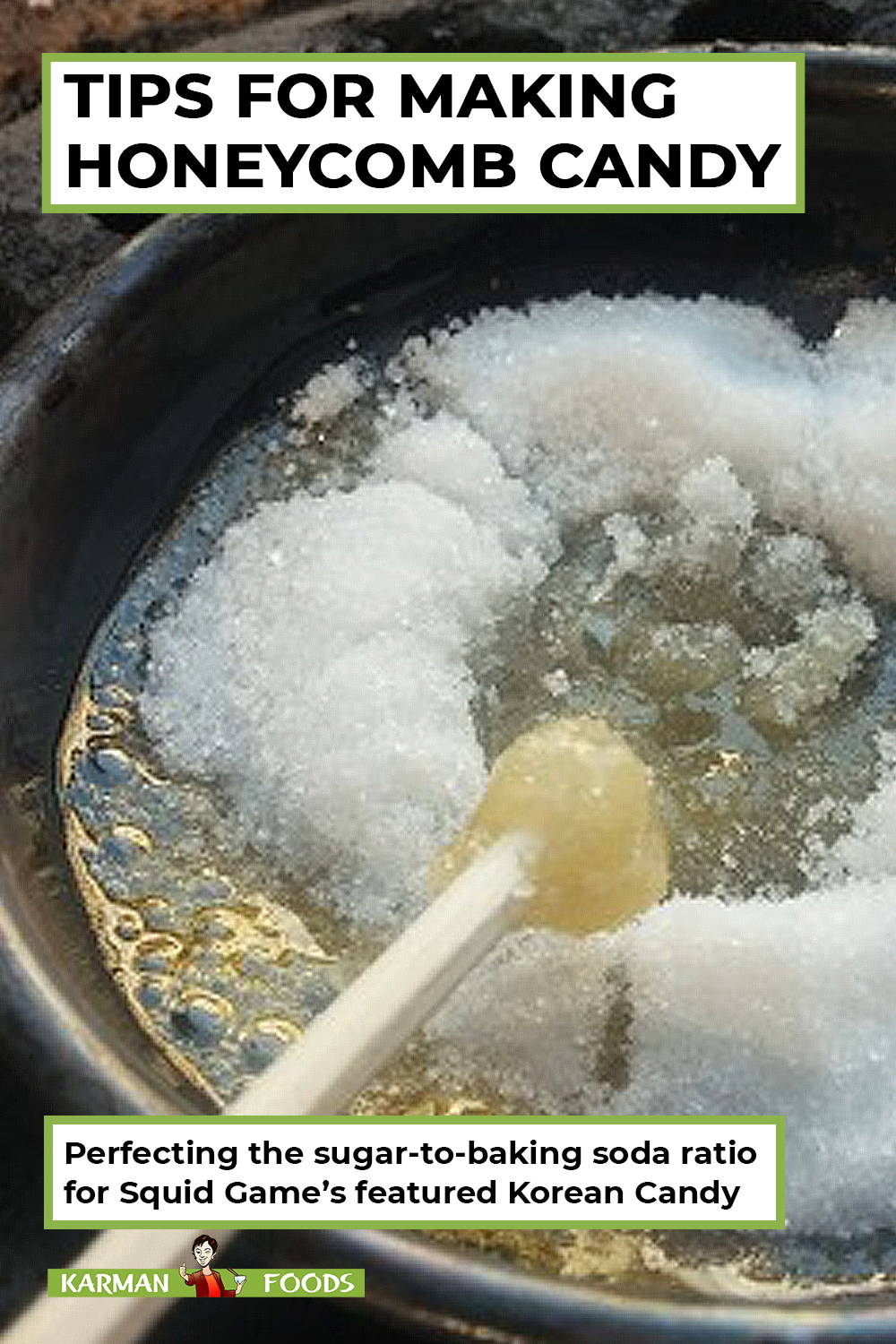 The hot dalgona mixture can stick to the base surface and/or the press. Use a non-stick baking sheet or skillet as the base. Let it cool off a little after pouring it out onto the base surface. Then, pat it gently a couple of times, before pressing it all the way to the desired thickness.

5. Punch according to your preferred challenge difficulty.

In the spirit of the challenge, be careful not to punch the cookie cutter all the way through. The more shallow the shape is, the more challenging it is to cut through! That's how much power the dalgona candy maker has!

Other Ways to Eat Dalgona

One good thing about dalgona candy is it’s such a versatile treat that you can pair it with other food of your choosing. Here are some of the best Dalgona Candy pairing we tried: 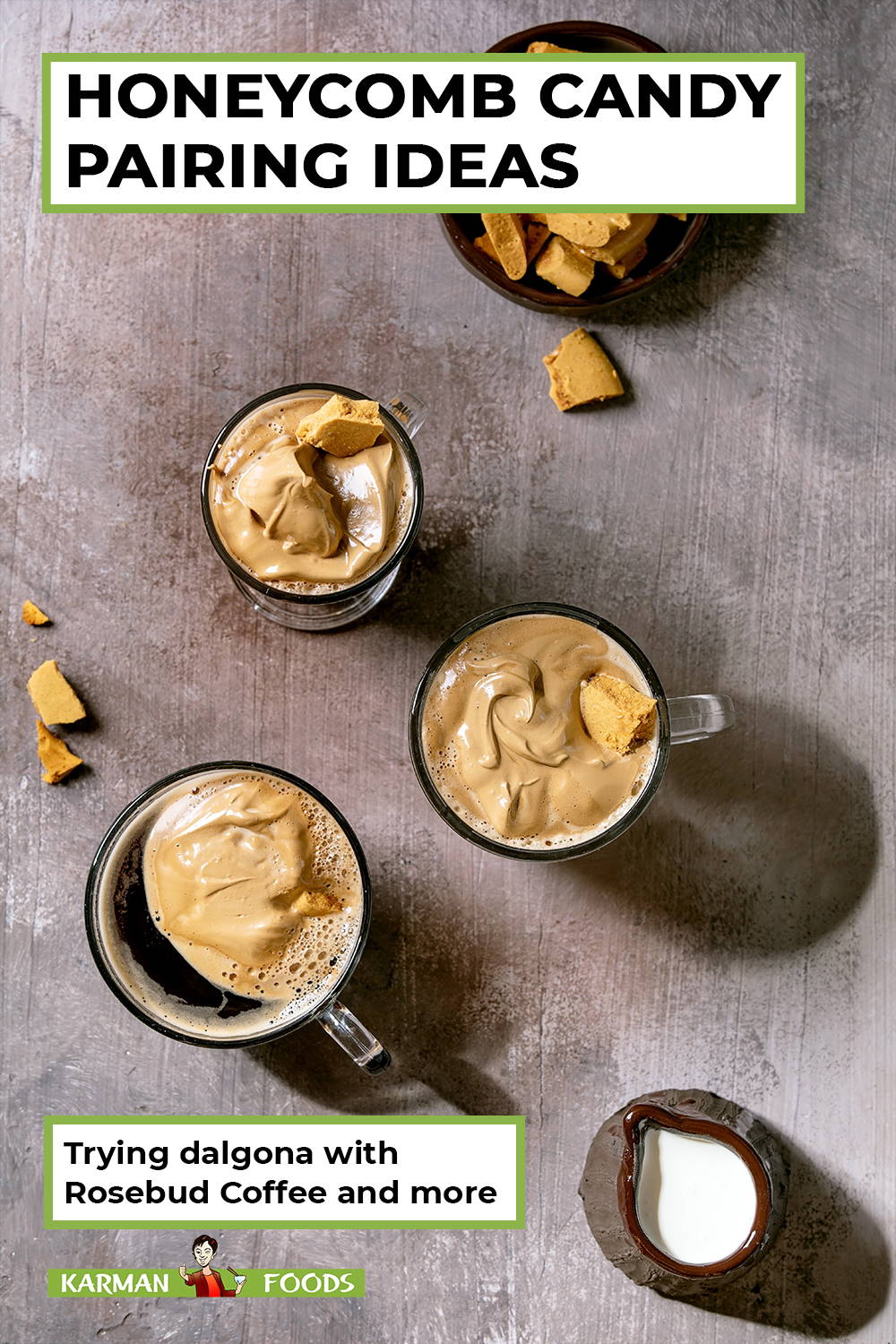 Shop at Our Asian Grocery Store

Discover a large selection of online Korean groceries curated by Karman Foods. We also offer a wide variety of Japanese groceries, Chinese groceries, and even Thai groceries. We take pride in reviewing all of our Asian food products and try to ensure that we only offer the best at our online Asian supermarket.

Looking for a new Asian recipe, try our Dalgona Korean Candy recipe from Korean Bapsang that's so easy, you can even ask the younger members of your family to help you out! Whether you’ve heard about Dalgona Candy from Squid Game or not, this Korean treat is now out in the world and a lot of people will enjoy this for sure. For more dessert ideas, you can check out Karman Foods and see which Asian snacks can satisfy your sweet tooth. 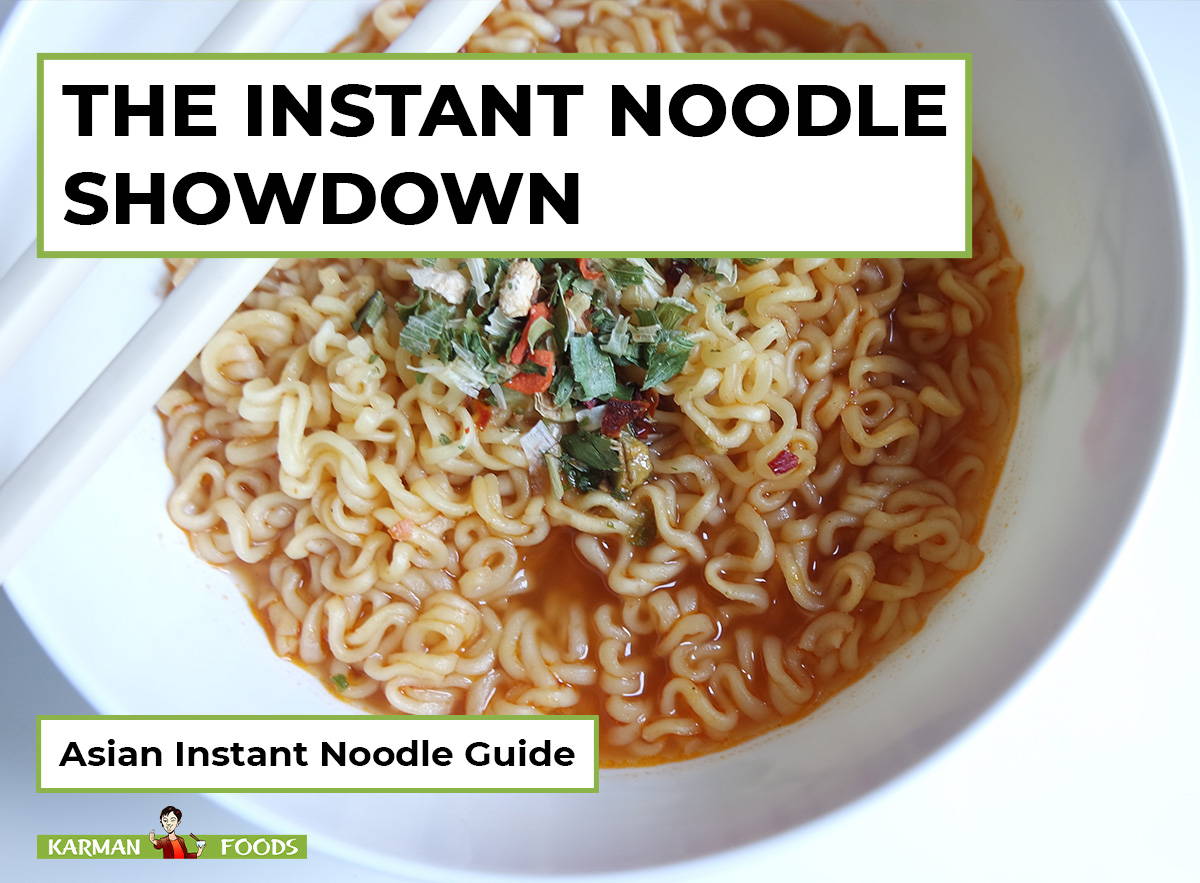 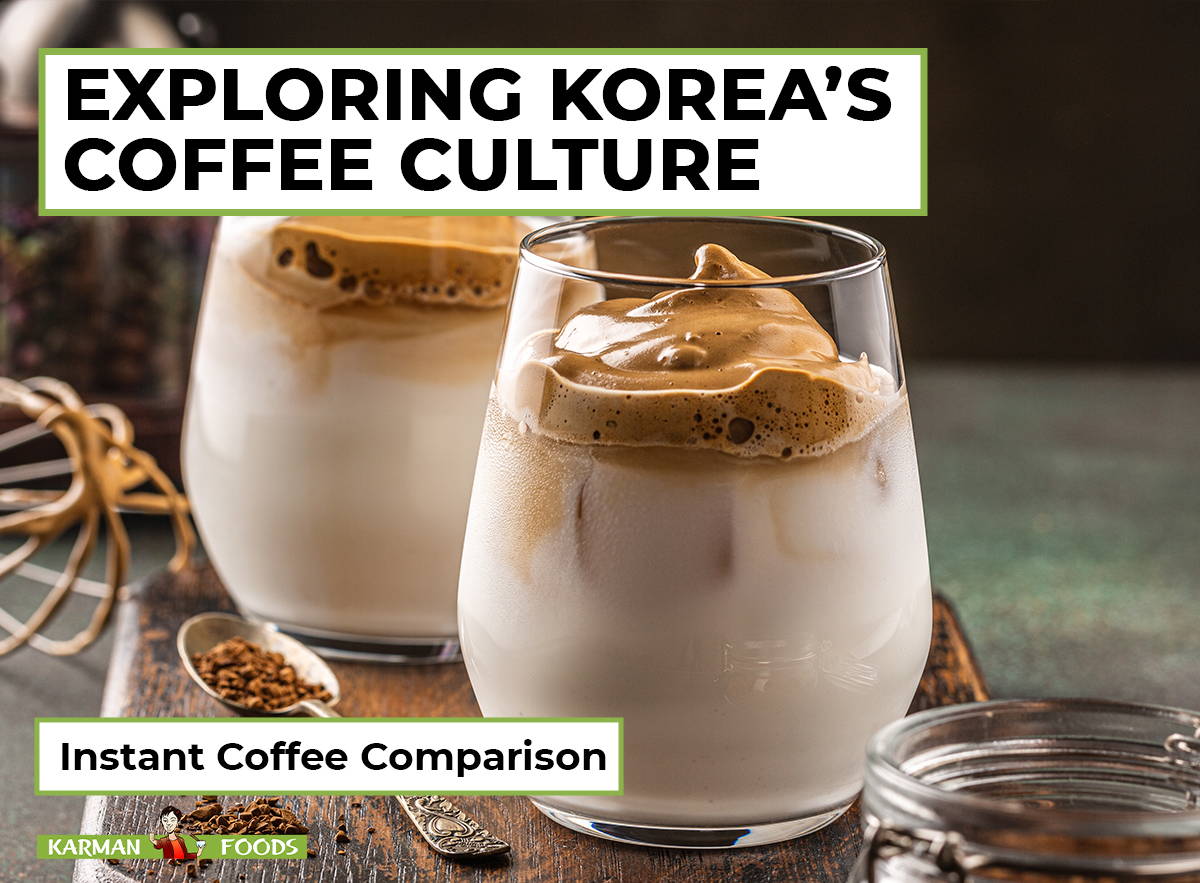 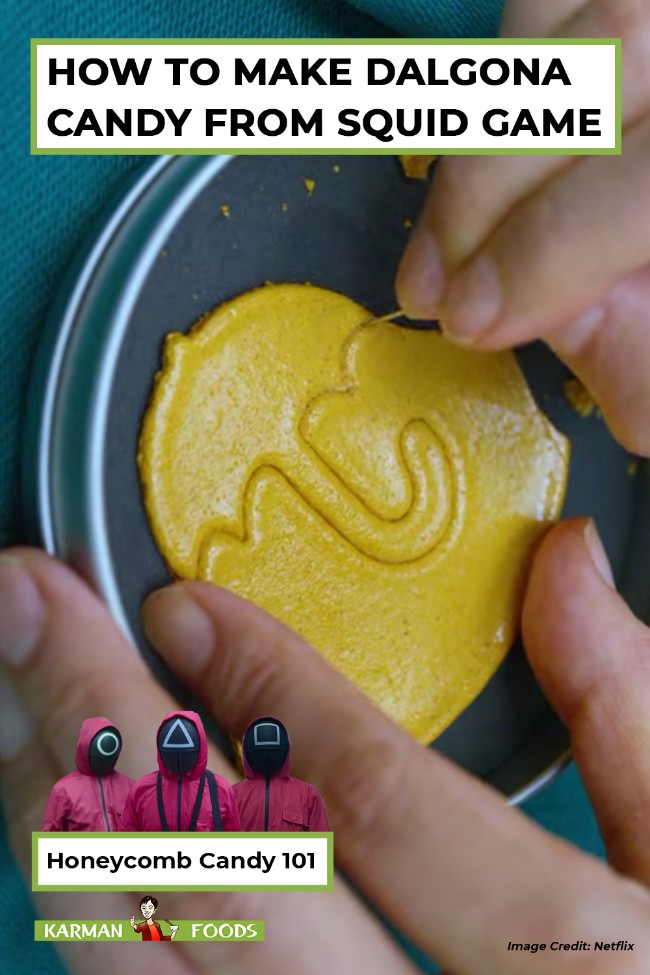